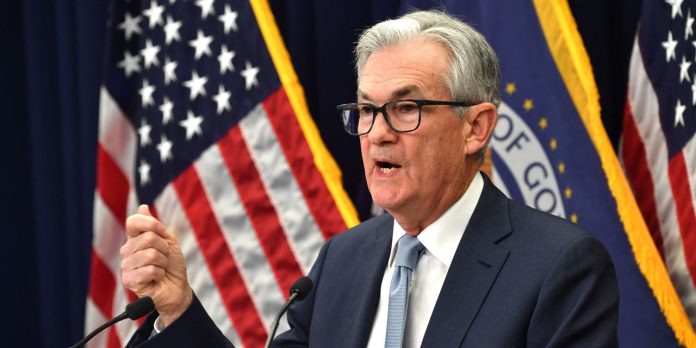 How are stock-index futures trading

Fears that the Fed will persevere with interest rate rises to damp inflation, at the risk of triggering recession and hurting corporate earnings, has left Wall Street’s benchmark S&P 500 down 19.7% from its record close touched a year ago.

And minutes of the Fed’s December meeting, released Wednesday, showed the central bank pushing back against market expectations it might start cutting borrowing costs later this year.

Its stance was supported by Gita Gopinath, the IMF’s second-in-command, who told the Financial Times that U.S. inflation had “not turned the corner yet” and the Fed was right to “stay the course.”

The 2-year Treasury yield
TMUBMUSD02Y,
,
which is particularly sensitive to monetary policy, sits near 4.4%, around its highest level in a month.

“The Federal Reserve repeated its determination to keep fighting inflation with further rate hikes, and warned that this determination should not be underestimated by investors,” said Ipek Ozkardeskaya, senior analyst at Swissquote Bank.

“Yes, there are some data pointing at slowing economic activity in the U.S., but the jobs market – which is closely watched by the Fed – remains surprisingly tight – while the Fed keeps saying that bringing inflation back to the 2% target requires some ‘softening’ in the jobs market,” she added.

To that end, traders will be keeping a close eye on data, particularly jobs reports, in the next two days. On Thursday, the ADP private sector employment survey for December will be published at 8:15 a.m. Eastern, followed 15 minutes later by the weekly initial jobless claims numbers. Then Friday brings the December nonfarm payroll report.

“Investors remain overly concerned that Fed policy will eventually drive the global economy into a recession…[though] the scale and duration are far from certain,” said Stephen Innes, managing partner at SPI Asset Management.

This means that the cyclical bear market remains in place, with “supports near the 200-week MA at 3674 and the June and October lows at 3636 and 3491, respectively.”

Putin at summit with Biden objected to US plan of bases near Afghanistan: report

Beyond Oil – What Can The Middle East Offer To European Startups?

On This Day: the Nazis massacre Jews at Babyn Yar

News - September 8, 2021 0
HONG KONG (AP) — Hong Kong police on Wednesday arrested four leaders of the group that organized the city’s annual… ...
© 2022 Venture Current is a Flag Media LLC Publication. All Rights Reserved.
VC is part of the FLAG Token rewards network. Clients and partners can use FLAG Tokens for VC products and services.
VC runs 'Automatic' software. Stories posted here come from generic-topic Google news RSS feeds as well as client and partner-approved content.
If a story appears on this page that needs to be deleted due to licensing issues, please message us immediately so we can help you.