UK companies are issuing bonds again after the shock sparked by the “mini” Budget, but deals are sparse and investors are demanding high returns — a worrying sign for the country’s more indebted borrowers.

Northumbrian Water broke a six-week lull in UK corporate bond markets in late October. But even this steady, reliable utility company had to pay a yield of 6.585 per cent on its £400mn, 12-year bond — well above the 2.375 per cent interest rate the north-east company paid on 10-year debt in 2017. A later deal, for Northern Ireland Electricity Networks, came with a similar scale and yield.

An Ice Data Services index of sterling corporate bonds from outside the financial sector fell 14 per cent in the third quarter, compared with 3 per cent for a gauge of euro-denominated bonds. While demand remains high for strong businesses’ debt at the right price, investors say sterling debt markets are likely to remain unwelcoming to riskier borrowers.

“It would take someone braver than me to go out and buy a lowly rated clothing company or whatever it may be,” said Ben Lord, a portfolio manager at M&G who bought Northumbrian Water’s bond.

The amount of corporate bonds issued in the UK fell by more than 50 per cent in the third quarter, compared with 2021, with former prime minister Liz Truss’s disastrous “mini” Budget and a darkening economic outlook contributing to the slowdown for sterling corporate bond markets. Euro-denominated markets issuance held up better, falling 20 per cent in the third quarter according to Refinitiv data.

In the past fortnight, the UK’s government and corporate bond yields have fallen back down. A new prime minister and chancellor have already torn up the previous fiscal plans and are preparing to announce a new batch.

“The messages coming from government are positive for bondholders,” said Paola Binns, a sterling investment manager at Royal London Asset Management. “But it takes a while for things to return to reality.”

Much will hinge on how deep spending cuts are under new prime minister Rishi Sunak. “If the upshot of austerity is a longer recession in the UK, as a credit investor you want the quality debt, not high-yielding debt,” said Barnaby Martin, a credit strategist at Bank of America.

Many of the highest-yielding sterling-denominated bonds come from retail and leisure companies, like cut-price retailer Iceland Foods and high-street restaurant chain Stonegate Pubs, whose 300 bars include the Slug and Lettuce chain.

These businesses borrowed heavily when interest rates were low and do not have imminent repayment dates. But analysts warn that costs could stay high well into 2023 and 2024 when these riskier borrowers are due to return to the markets.

Iceland Foods issued a £550mn bond in 2017 with a coupon of 4.625 per cent. The bond matures in 2025 and is yielding almost 16 per cent, one of the highest rates on the market, in a sign that its bonds are unloved by investors.

Refinancing at this rate would weigh on profit margins just as the UK enters an economic slowdown.

Like many businesses, Iceland is feeling the squeeze of inflation, while competition keeps its margins thin. Running freezers is also expensive given elevated gas prices.

Iceland did not respond to requests for comment on its bonds but a spokesperson said it is trading “exceptionally well and liquidity remains strong”. 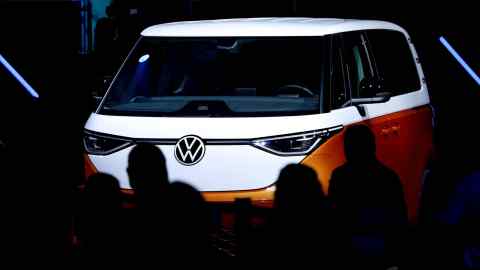 Research company CreditSights expects Iceland’s earnings to fall in the year to March 2023 and for net leverage to rise from five to seven times. Companies normally refinance debt at least a year before it falls due.

“[March] is less than two years away from their refinancing. I think that’s when the real downside in the bonds that we’ve seen so far [comes in],” said Amarveer Singh, an analyst at CreditSights.

Paying more to service debt would push companies to scrimp further on spending, while the Bank of England has predicted a lengthy recession that would weigh on consumer-focused names. Other political decisions, such as reducing energy bill support, is also likely to weigh on customers’ spending, which spells further worry for borrowers like Iceland.

“Fiscal restraint is what the markets want to hear but . . . austerity has a negative impact on growth,” said Martin.

For some, sterling-denominated corporate credit is no longer attractive. It is a relatively small and clunky market, and some fund managers have allowed their stakes to dwindle, and search for better yields elsewhere.

Several investors said they could find better returns in other sectors, like emerging market debt. Sabrina Jacobs, a portfolio manager at Pictet Asset Management said it was “a disservice to actual EM economies” to compare the UK to an emerging market, saying “in some respects less developed countries are proving a relative haven to of stability — not least in the corporate bond market”.

Financial instability: the hunt for the next market fracture

News - September 29, 2021 0
The iPhone 13 Pro Max can charge a bit faster than other models, according to tests done by YouTuber ChargerLAB (and backed...

Analysis: Biden has a chance to make the Fed’s board look more like America

News - March 29, 2022 0
Attention sweatpants-wearing, meme stock-chasing, amateur retail traders everywhere: Your hours of operation (and, we must add, your availability to receive scary margin calls) are...
© 2022 Venture Current is a Flag Media LLC Publication. All Rights Reserved.
VC is part of the FLAG Token rewards network. Clients and partners can use FLAG Tokens for VC products and services.
VC runs 'Automatic' software. Stories posted here come from generic-topic Google news RSS feeds as well as client and partner-approved content.
If a story appears on this page that needs to be deleted due to licensing issues, please message us immediately so we can help you.