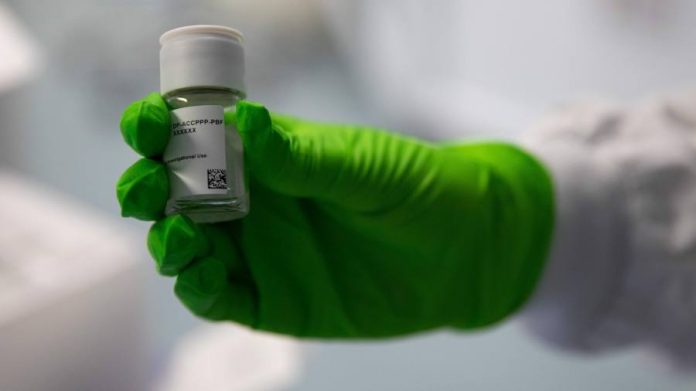 The UK government is partnering with German Covid-19 vaccine maker BioNTech to enrol up to 10,000 patients in clinical trials for cutting-edge cancer treatments.

BioNTech, which partnered with US pharmaceutical group Pfizer to develop a Covid jab that was the world’s bestselling by revenue, said on Friday that it would open a research and development centre with 75 staff in Cambridge.

It added that it would open an office in London at the same time, and may later consider investing in manufacturing in the UK.

The company is developing personalised cancer vaccines, which it hopes will harness patients’ immune systems to tackle their tumours. The so-called vaccines are tailored to an individual tumour’s genetic code.

Uğur Şahin, BioNTech’s co-founder and chief executive, said the investment to meet the pledge of enrolling 10,000 patients by 2030 would be “huge” but that he could not yet put an exact number on it.

Steve Barclay, the health secretary, said UK patients could possibly participate in the trial from as early as September.

“This agreement builds on this government’s promise to increase research and development spending to £20bn per year,” he said, adding that it “demonstrates the UK remains one of the most attractive places in the world for innovative companies to invest in research”.

The UK last year signed a £1bn deal with Moderna, another Covid vaccine maker, to establish the first manufacturing centre for shots using messengerRNA, which teaches the immune system to recognise pathogens through a genetic code.

Özlem Türeci, BioNTech’s co-founder and chief medical officer, said the UK was an “obvious” choice for the clinical trials because of its “exceptionally agile” regulator, the NHS’s ability to recruit participants and its expertise in genomics.

Türeci and Şahin said they had been impressed by the speed and flexibility of the Medicines and Healthcare products Regulatory Agency, which was the first in the west to approve a Covid vaccine in December 2020.

Şahin said other regulators had followed in the MHRA’s footsteps during the pandemic, and that the agency could now help set the agenda for a new kind of medicine, personalised to each patient.

Eventually, BioNTech hopes to be able to update these treatments like an iPhone, as algorithms predicting the best way to target a tumour improve.

“The path to personalisation requires really an understanding and an interaction with the regulators because it’s a new concept,” said Şahin. 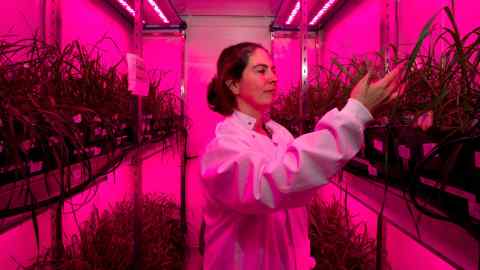 BioNTech has been conducting clinical trials of its personalised cancer vaccines since 2012, and now needs to expand the scale of its trials to meet its aim of having a product ready for approval by 2030.

The treatments have been trialled in early stage patients, to stop the cancer from returning, and late stage patients not responding well to other drugs. The company last year announced early positive results in a trial combining the vaccines with another innovative cancer treatment known as CAR-T.

Türeci said: “The NHS infrastructure in the UK is exceptional, and it is committed to enabling patients to find for clinical trials and vice versa: to ensure that the clinical trials find the right patients.”

News - October 1, 2022 0
Prime minister Liz Truss has said that “Britain’s economy needs a reset” and pledged to prioritise “aspiration, enterprise and growth” as the Conservative party...

Poll: Did you preorder the iPhone 13 or iPad Mini?

News - September 18, 2021 0
Preorders for the iPhone 13 have finally arrived, with people scrambling to get their hands on the latest and greatest from Apple. It wasn't...

News - December 19, 2022 0
Pope Francis revealed he has written a resignation letter in case medical problems prevent him from carrying out his duties. Francis, speaking to the Spanish...

Just 4% in US Demonstrate Financial Literacy

News - November 20, 2022 0
Already low, financial literacy in America is on the decline, with many people unable to understand...
© 2022 Venture Current is a Flag Media LLC Publication. All Rights Reserved.
VC is part of the FLAG Token rewards network. Clients and partners can use FLAG Tokens for VC products and services.
VC runs 'Automatic' software. Stories posted here come from generic-topic Google news RSS feeds as well as client and partner-approved content.
If a story appears on this page that needs to be deleted due to licensing issues, please message us immediately so we can help you.