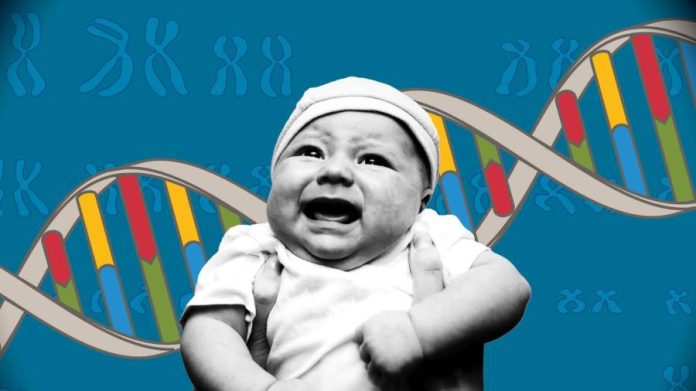 Britain is embarking on a series of research projects in 2023 that will cement its place as a world leader in genomics.

They include the world’s largest genetic medicine initiative, with 5mn adults set to have their DNA profiles linked to lifestyle data and health records in a new project called Our Future Health

At the same time a Newborn Genomes Programme will read the DNA of 100,000 babies — all 3bn letters of their genetic code — in order to detect childhood diseases. Other projects will focus on cancer and recording the genomes of ethnic minorities who have been under-represented in medical research.

“The UK is incontrovertibly the world leader in genomics,” said Eric Topol, director of the Scripps Research Translational Institute in California, who has no direct role in the programmes. “Its commitment to genomics has been more extensive and broader than any other country.”

British prowess in DNA research dates back 70 years to the discovery of the molecule’s structure by Francis Crick and James Watson, followed by the development of the first method to read the sequence of biochemical letters (known as bases) in DNA by Fred Sanger in the 1970s.

More recently, at the onset of the Covid-19 pandemic, UK scientists led the world in reading coronavirus genomes to help identify the emergence of new viral variants.

The new programme will start with two main strands in England next year. Extensions to the rest of the UK are expected to follow.

One strand is the Newborn Genomes Programme, which is being carried out by Genomics England, a publicly owned company. It focuses primarily on genetic mutations that cause rare childhood diseases. The government is investing a total of £175mn in the programme and in Genomics England’s other cancer and diversity initiatives.

The second strand will be carried out by Our Future Health, an independent charity, which has received £79mn from the government and more than £100mn from industrial partners. It will look for genetic variations that make people susceptible to common chronic conditions such as heart disease and type-2 diabetes, each of which affect an estimated 500mn people worldwide.

An initial 150,000 volunteers have already been recruited for Our Future Health through the internet, letters of invitation and five mobile hubs touring England. They agree to complete a health and lifestyle questionnaire, undergo a physical examination and provide a blood sample for genetic analysis.

Besides a distinction between a focus on rare and common diseases, another difference between the two programmes is that Genomics England emphasises the clinical benefits for participants, while Our Future Health is establishing a huge cohort of volunteers primarily for research.

“Our Future Health is building on a great British tradition of cohort studies and particularly on the success of UK Biobank, which is currently the world’s best,” said Ewan Birney, deputy director-general of European Molecular Biology Lab.

UK Biobank has received around £340mn from the government and charities since it was set up in 2004 as a decades-long project with 500,000 middle-aged volunteers, whose health would be linked to their lifestyle and genetics. Analysis of Biobank data is generating more than 500 research papers per year from scientists around the world, far more than any comparable medical database.

Participation in Biobank was entirely altruistic and volunteers received no information about their personal data. However, Our Future Health will provide feedback to people who want it, said Andy Roddam, its chief executive.

Both Our Future Health and Genomics England are also making a special effort to include representative samples of the population in their studies after Biobank was criticised for its disproportionate number of white middle-class volunteers.

“We will be bringing the Newborn Genomes Programme to families from a very wide range of communities,” said Amanda Pichini, clinical lead at Genomics England. “Many of these families will have no prior knowledge of genetics so good counselling will be essential.”

The government’s investment in the programmes “will help make the UK the best place to start and scale new genomics companies”, Bates added. “At the same time the world’s big pharma and technology companies are coming here to make use of our genomics environment and plug into our data sets.”

So far the UK genomics programmes have worked mainly with California-based Illumina to provide the machines that read participants’ DNA. Our Future Health will continue that partnership, using Illumina’s “genotyping arrays” to find the genetic variations that determine susceptibility to common disease; this does not require the whole genome to be sequenced.

But two competitors to Illumina are emerging. The UK’s Oxford Nanopore and PacBio of California are both pressing to take part in Genomics England’s next projects.

Chris Wigley, Genomics England chief executive, said innovation was blossoming among the companies analysing genetic data. “We are seeing a sort of Cambrian explosion of different techniques and approaches,” he said, referring to the great burst of evolutionary activity on Earth 550mn years ago.

An Oxford-based company, Genomics plc, is partnering with Our Future Health to make sense of its data. It will help generate “polygenic risk scores”, which specify every participant’s risk of developing a wide range of common diseases on the basis of their genetic profile. When the risk is high, individuals and their doctors can then take preventive measures — through behaviour change or medication — to reduce it.

“We will be working with Our Future Health to find the best way to communicate risk scores back to individuals and their doctors — and integrate them into current practice,” said Peter Donnelly, chief executive of Genomics plc. “We are aiming for personalised prevention to become routine in the health service in five or 10 years’ time.”

News - August 23, 2021 0
The Pfizer-BioNTech COVID-19 vaccine was the first to receive an emergency use authorization by the U.S. Food and Drug Administration in December. And as...

News - October 17, 2022 0
At least five explosions were heard in the centre of Kyiv early on Monday, as Russia conducted renewed strikes on the Ukrainian capital with...

Now is not the time to water down financial regulation

News - September 4, 2022 0
The writer is director of Policy Research in MacroeconomicsThe furore over Vladimir Putin’s closure of the already well-maintained Nord Stream 1 pipeline for further...

News - January 3, 2023 0
Millions of low-income households in Britain will receive payments totalling up to £1,350 spread over at least 12 months, the government announced on Tuesday...

News - December 24, 2021 0
Dow Jones futures will open on Sunday evening, along with S&P 500 futures and Nasdaq futures. The stock market rally revived last week, with...
© 2022 Venture Current is a Flag Media LLC Publication. All Rights Reserved.
VC is part of the FLAG Token rewards network. Clients and partners can use FLAG Tokens for VC products and services.
VC runs 'Automatic' software. Stories posted here come from generic-topic Google news RSS feeds as well as client and partner-approved content.
If a story appears on this page that needs to be deleted due to licensing issues, please message us immediately so we can help you.