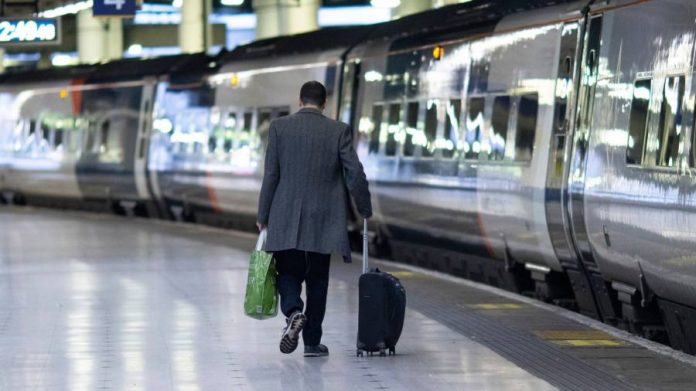 UK train drivers will stage two more days of highly disruptive strikes next month after their union rejected a pay offer from the rail industry.

The walkouts on February 1 and 3 will bring the railways to a virtual standstill and deepen a bitter dispute that has caused wave of industrial action over the past six months.

Drivers’ union Aslef on Tuesday said the 8 per cent, two-year pay offer from industry body the Rail Delivery Group, which was tied to big changes to working practices, was “clearly unacceptable”.

“They want to rip up our terms and conditions in return for a real-terms pay cut,” said Mick Whelan, the union’s general secretary.

Aslef rejected the offer despite signs of progress in separate negotiations between train companies and two other unions.

The RMT and TSSA unions last week agreed to “work jointly” with the RDG towards a pay offer to put to members.

Train companies have offered these unions a 9 per cent rise over two years, in line with a separate offer from Network Rail, which owns the UK’s rail infrastructure, according to people briefed on the talks.

Industry executives are optimistic these discussions could resolve that part of the tangle of disputes on the railways, even as relations with Aslef worsen.

Whelan said Aslef was open to restarting negotiations, but he called for companies and the government, which sets the industry’s finances, to “get serious”.

The RDG’s offer of a 4 per cent pay rise for 2023, and a backdated 4 per cent rise for the previous year, came with a guarantee of no compulsory redundancies until the end of March 2024.

But it was also tied to the demand for drivers to accept significant changes to their working lives, notably a contractual commitment to work Sunday shifts.

The industry said its proposal would mean the base salary for the average driver would increase to almost £65,000 by the end of this year.

Whelan countered that the train operators’ offer was an attempt to win “hundreds of millions of pounds” in productivity for a substandard pay offer.

“Irreparable harm has been done to the integrity of the negotiating process and the future ability to negotiate an appropriate way forward, but we make ourselves available anyway,” he said.

Aslef has already called six one-day walkouts since the start of the dispute in the summer, and the action in February will affect 15 train operating companies.

Typically only about 10 per cent of services have been able to operate on strike days, as there are very few other trained drivers who can step in to run trains.

The Rail Delivery Group said it was disappointed that its “fair and affordable offer . . . wasn’t put to the Aslef members”.

“Rather than announcing further unnecessary strikes, we ask Aslef to recognise the very real financial challenge the industry is facing and work with us to deliver a better railway,” it added.

News - May 3, 2022 0
Putin orders retaliatory sanctions on U.S. and its alliesRussian President Vladimir Putin issued retaliatory economic sanctions in response to the “unfriendly actions of certain...

News - September 29, 2022 0
NATO said that a series of leaks on the Nord Stream pipelines between Russia and Europe were the result of acts of sabotage and...

A fairly hefty Chinese data miss just sent another round of jitters through Asian...

News - August 16, 2021 0
China presented its latest economic report card this morning, and the results were well short of expectations. The data sent another wave of jitters through...

News - May 7, 2022 0
This article is an on-site version of our Europe Express newsletter. Sign up here to get the newsletter sent straight to your inbox every...

News - March 3, 2022 0
Argentina has secured a $45bn deal with the IMF to restructure debt from its record 2018 bailout, just weeks before a deadline for repayments...
© 2022 Venture Current is a Flag Media LLC Publication. All Rights Reserved.
VC is part of the FLAG Token rewards network. Clients and partners can use FLAG Tokens for VC products and services.
VC runs 'Automatic' software. Stories posted here come from generic-topic Google news RSS feeds as well as client and partner-approved content.
If a story appears on this page that needs to be deleted due to licensing issues, please message us immediately so we can help you.