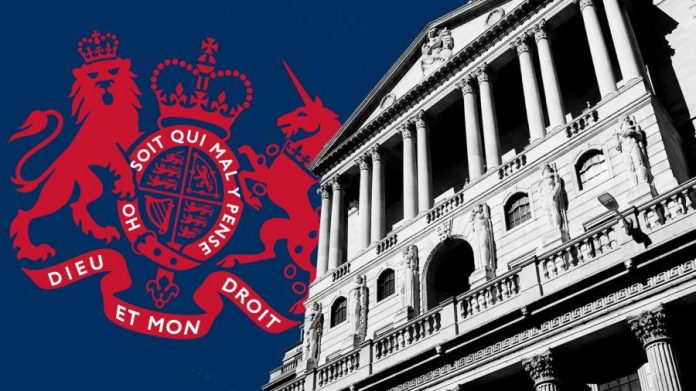 The writer is the author of ‘Two Hundred Years of Muddling Through: The Surprising Story of the British Economy’

With public services looking increasingly creaky and the economy slipping into recession, he appears on course to fail on the second and third targets but the first is looking slightly better.

Appearing more stable than Britain’s shortlived Truss-Kwarteng administration may be a low hurdle to clear but the new team of Sunak-Hunt is certainly managing it.

Sterling, as measured by the Bank of England’s index, has risen by more than 1 per cent against a broad basket of other currencies since Liz Truss resigned. The yield on 10-year gilts has fallen by more than a percentage point from their Truss era peak. But how long will this stability last? While a repeat of late September and early October’s near-crisis in the gilt market seems unlikely, the fundamentals look increasingly grim.

The economic outlook remains dire. Britain is undergoing a deeply negative terms-of-trade shock whilst post-pandemic disruptions have led to a large fall in the supply of workers. Between them these have pushed inflation to a 40-year high and led to the Bank of England tightening policy even as the economy slips into recession. Economists at Threadneedle Street reckon the current recession, although relatively shallow, will be the longest on record. The government’s own forecaster, the Office for Budget Responsibility, take a slightly more optimistic view but only by making punchy assumptions of a recovery in productivity growth and a rise in household borrowing.

Britain is far from unique in facing a toxic cocktail of high energy costs, rapid price rises and rising interest rates — that picture holds across most of Europe and North America. But a look at the balance of payments picture suggests deeper causes for concern.

Between 2023 and 2027 the country will run an average current account deficit of 3.9 per cent of GDP, according to data from the latest World Economic Outlook of the IMF. That is the highest average deficit of any G7 economy and the fourth highest of any of the 38 advanced economies that the IMF tracks. Only the much smaller economies of Greece, Cyprus and New Zealand are expected to be more reliant on external borrowing in the mid-2020s.

On one level, this is nothing new. The UK has run a persistent current account deficit since the late 1990s, although it has widened considerably over the past decade. Fears that international investors would at some point take fright and either stop funding British borrowing or at least demand a higher risk premium on their lending have, until very recently, proved mostly misplaced. The combination of falling sterling and rising gilt yields after Kwarteng’s so-called “mini Budget” acted as a useful reminder of the potential vulnerability.

Mark Carney, back when he was governor of the Bank of England, memorably described the UK as being “reliant on the kindness of strangers” to finance its deficits. Whilst vivid, the analogy is not entirely fair. Overseas investors generally demand a rate of return rather than simply goodwill for their funding. Avarice rather than generosity plays a larger role.

But more importantly for the gilt market, the government was never “reliant” on foreign borrowing. Rather than a stranger, the government was borrowing from somebody very familiar to it. From the end of 2008 to the second quarter of 2022, the stock of British central government borrowing rose by over £1.5tn. Foreign holdings of British government debt rose by £473bn over the same period, accounting for around one-third of the increase. A significant component but one dwarfed by the Bank of England. Via its programme of quantitative easing of bond buying to support markets, the Bank absorbed around half of the increase in borrowing.

When it comes to the British government’s own borrowing, Mark Carney’s description was likely early but not incorrect. In the coming years the gilt market will indeed be usually reliant on overseas lending.

The current recession — and the government’s help with energy bills — are set to be expensive. The Debt Management Office estimates that the gross financing requirement between 2023-24 and 2027-28, accounting for both new issuance and redemptions, will top £1.2tn.

And this time, unlike during the previous spikes in borrowing associated with the banking crisis and the pandemic, the Bank of England will not be helping out. Rather than continuing to increase its holdings of gilts, the Bank is determined to gradually unwind its portfolio by selling its bonds back to the private sector. If Hunt is to meet his desire for continuing stability, then Carney’s strangers are going to have to be very kind indeed.

All You Need To Know Going Into Trade On November 1

News - November 1, 2021 0
Stocks in the news, big brokerage calls of the day, complete trade setup and much more! Source

News - October 21, 2021 0
China’s internet watchdog has said articles from Caixin, one of the most prominent and trusted Chinese business publications, can no longer be republished by...

News - January 2, 2023 0
The number of German jobs reached a post-reunification high in 2022, with the tightness of the labour market in the eurozone’s largest economy expected...

Ukraine is the focus, but Russian troops are in several ex-Soviet republics : NPR

News - May 2, 2022 0
© 2022 Venture Current is a Flag Media LLC Publication. All Rights Reserved.
VC is part of the FLAG Token rewards network. Clients and partners can use FLAG Tokens for VC products and services.
VC runs 'Automatic' software. Stories posted here come from generic-topic Google news RSS feeds as well as client and partner-approved content.
If a story appears on this page that needs to be deleted due to licensing issues, please message us immediately so we can help you.