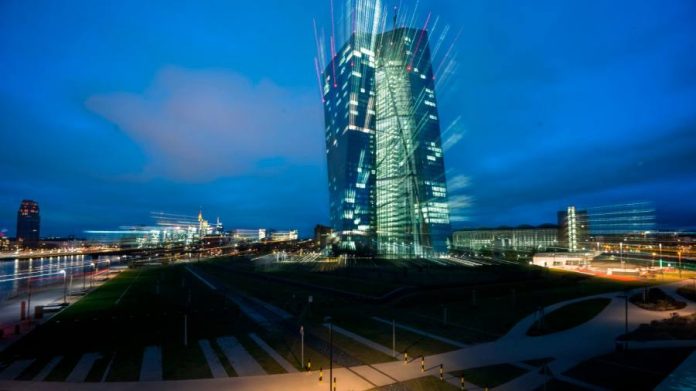 Britain’s FTSE 100 on Wednesday moved within striking distance of an all-time high as growing investor optimism that inflation had peaked boosted US and European stocks.

The UK’s benchmark stock index rose 0.4 per cent, leaving it within about 2 per cent of the historic peak it reached in May 2018.

The gains in the London market on Wednesday echoed other regional bourses, with the regional Stoxx Europe 600 adding 0.4 per cent and Germany’s Dax rallying 1.2 per cent. On Wall Street, the blue-chip S&P 500 rose 0.7 per cent in morning trading, while the tech-heavy Nasdaq was up 1.1 per cent.

UK markets lagged behind the big US equity rally in 2020 and 2021, which was led by high-flying growth stocks like Apple, Alphabet and Tesla. But the FTSE 100 dodged the carnage in global stocks last year because it is filled with the type of companies that prospered in an environment where interest rates and energy prices were rising.

Shell, the Anglo-Dutch oil major that is the second-biggest company on the London Stock Exchange, gained 43 per cent last year. HSBC, the banking heavyweight, gained 15 per cent as higher interest rates boosted its profits. In dollar terms, their gains would have been smaller, at 28 per cent and 3 per cent, respectively.

The rallies contrasted sharply with big US companies, with the tech-heavy Nasdaq Composite shedding a third of its value last year.

Equity markets on either side of the Atlantic have advanced so far this year on the back of signs that inflation in many of the world’s biggest economies is softening, and despite warnings from the US Federal Reserve and the European Central Bank that interest rates have further to climb.

Figures out on Thursday are expected to show US consumer price growth continued to slow in December. Inflation also appears to have peaked in Europe, with price growth slowing in France, Germany and Spain.

Central bank officials insist it would be premature to pause their monetary tightening campaigns just yet, however. Projections published in December show most Fed officials expecting the fed funds rate to peak at between 5 per cent and 5.25 per cent, up from its current level between 4.25 per cent and 4.5 per cent. ECB president Christine Lagarde said in December that markets should expect rates to rise “at a 50-basis-point pace for a period of time”.

The size of future interest rate increases — as well as the depth of the recessions expected in Europe and the US later this year — now dominates debate.

“A friendly December [consumer prices index] print sets up for a 25 basis point hike and that could very well prove to be the end for this cycle,” said Steven Blitz, chief US economist at TS Lombard. “Beyond the near term, mild recession or no recession, inflation will be settling closer to 3 per cent than 2 per cent, owing to the structural imbalance in the labour market.”

Jobs growth in the world’s biggest economy slowed for a fifth consecutive month in December, while wage growth declined to 4.6 per cent and the unemployment rate fell to a historic low. Fed officials have made it clear that inflation continuing to cool depends to a large extent on unemployment rising later this year, even as the economy grapples with worker shortages in service sectors such as hospitality and travel.

In Asia, Hong Kong’s Hang Seng index rose 0.5 per cent, taking its gains since the start of November to 45 per cent. China’s CSI 300 index of Shanghai- and Shenzhen-listed stocks fell 0.2 per cent.

News - June 1, 2022 0
Oil prices have renewed their rise in the most sustained ascent since Russia’s invasion of Ukraine as a fuel supply crunch adds pressure to...

AMD Filed a Teleportation Patent, But It’s Not For Humans

News - April 2, 2022 0
A diverse coalition of opposition parties made their final appeal to Hungarian voters on Saturday ahead of the country's fiercely fought election that...
© 2022 Venture Current is a Flag Media LLC Publication. All Rights Reserved.
VC is part of the FLAG Token rewards network. Clients and partners can use FLAG Tokens for VC products and services.
VC runs 'Automatic' software. Stories posted here come from generic-topic Google news RSS feeds as well as client and partner-approved content.
If a story appears on this page that needs to be deleted due to licensing issues, please message us immediately so we can help you.