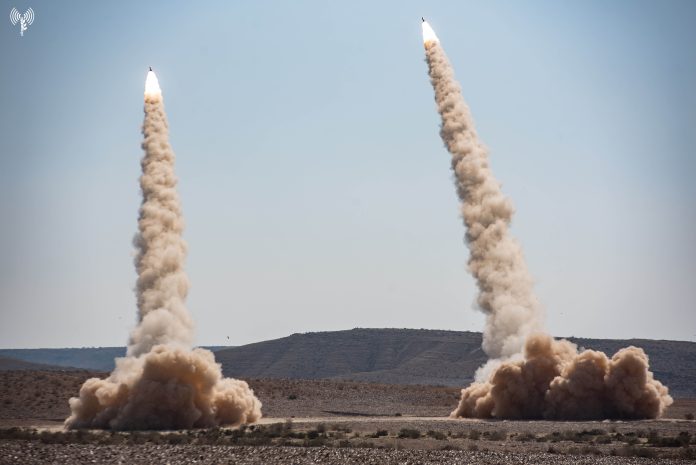 JERUSALEM – U.S. Central Command (CENTCOM) and the Israeli Defense Forces (IDF) are running a massive military drill in Israel this week. The exercises are said to be the most significant bilateral show of force between the two nations to date.

“Juniper Oak is a Combined Joint All-Domain exercise which improves our interoperability on land, in the air, at sea, in space, and in cyberspace with our partners, enhances our ability to respond to contingencies, and underscores our commitment to the Middle East.” Gen. Michael “Erik” Kurilla, commander of CENTCOM said in a statement.

The statement continued, “These kinds of exercises – which CENTCOM routinely conducts with our partners – develop interoperability between military forces, increase military capabilities, and are important to the security and stability of the region. The lessons learned during these exercises are exportable to our partners across the region.”

The IDF and CENTCOM are in the middle of a joint military drill in Israel this week.
(Courtesy: IDF Spokesman’s Unit)

A new report by Ryan Brobst, a research analyst with FDD’s Center on Military and Political Power, stated, “The Biden administration wants Tehran to understand that the United States has both the military means and the political will to stand with Israel, secure American interests in the region, and conduct successful large-scale strikes if necessary.”

The FDD report said the drill was significant and noted, “The scope, complexity, and size of this exercise should assure Israelis, Americans, and their regional partners, while making adversaries think twice before initiating aggression.”

CENTCOM said the U.S. has contributed about 6,400 personnel, with approximately 450-500 American service members training at up to 10 bases in Israel, with most operating at sea on six American ships, including the USS George H.W. Bush carrier strike group.

The Israelis have deployed more than 1,000 soldiers and officers, six ships, and a significant number of aircraft, including F-35Is, F-16s, F-15s, G550 reconnaissance aircraft, B707 refueling aircraft, UAVs and helicopters.

U.S. Central Command and the IDF are taking part in a joint-military exercise known as “Exercise Juniper Oak,” that is taking place in Israel and the Eastern Mediterranean Sea.
(Courtesy: IDF Spokesman’s Unit)

Earlier on Wednesday, one of the highlights of the drill took place when 100 tons of bunker penetrating bombs fell in a short time in a designated area in Southern Israel, that was reported by Channel 12 of Israel to mimic an “Iranian nuclear facility.” The forces also practiced a quick exit to minimize the potential threats from the ground to the Israeli pilots.

“The exercise demonstrates the indisputable strategic partnership between Israel and the United States, and is another step in building Israeli military power,” Netanyahu said. “Israel will always defend itself on its own, but of course welcomes the intensifying cooperation with our great ally.”

Israel joined CENTCOM on September 2021 after years of being part of the European Command, which improved communication and coordination between Israel and other U.S. allies in the region in the fight against Iran, mainly the Arab Armies, following the Abraham Accords.

“Our talks focused on the regional security challenges, especially Iran, as well as ways for cooperation between us against this common threat,” the prime minister noted.

“I was impressed that there is a genuine and mutual desire to reach understandings on this issue, which is of decisive importance to the security of the state,” Netanyahu explained.

Yonat Friling is a Fox News Middle east senior field producer. You can follow her @FrilingYonat

News - July 25, 2022 0
The Reimagine Main Street initiative is partnering with the National Asian American Chamber of Commerce and Entrepreneurship to offer 100 grants to Asian American...

Apple’s iPhone 13 is great, but the Pixel 6 may be more exciting

News - March 25, 2022 0
© 2022 Venture Current is a Flag Media LLC Publication. All Rights Reserved.
VC is part of the FLAG Token rewards network. Clients and partners can use FLAG Tokens for VC products and services.
VC runs 'Automatic' software. Stories posted here come from generic-topic Google news RSS feeds as well as client and partner-approved content.
If a story appears on this page that needs to be deleted due to licensing issues, please message us immediately so we can help you.