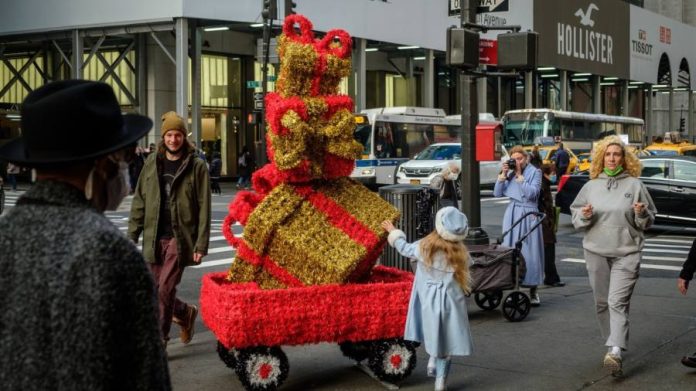 Spending by US households and businesses stalled in November, while a slight easing in price pressures left inflation at levels unlikely to make the Federal Reserve soon pause its aggressive campaign to raise interest rates.

Personal spending rose 0.1 per cent in November from a month earlier, according to Department of Commerce data released on Friday. That missed economists’ expectations for a 0.2 per cent increase and was down from an upwardly revised 0.9 per cent jump in October.

The slight increase in spending was accompanied by other economic figures on Friday, including a slowdown in the Fed’s preferred gauge of inflation in November and a muted increase in a popular proxy for business investment. An index of consumer sentiment remained near a historical low, but its accompanying survey showed Americans were more optimistic about inflation easing in the year ahead.

The personal consumption expenditures (PCE) price index, which measures how much consumers are paying for goods and services, rose 0.1 per cent in November, the commerce department said on Friday, bringing the annual rate of increase to 5.5 per cent. October’s monthly and annual increases were revised slightly higher, though.

The so-called core PCE index, which strips out volatile food and energy costs, and is the Fed’s preferred inflation metric, rose 0.2 per cent in November, down from an upwardly revised 0.3 per cent in October. The annual rate moderated to 4.7 per cent from 5 per cent in October, but that remains well above the 2 per cent level the central bank aims for.

Although those data suggest price pressures are not declining fast enough to make the Fed soon pause its rate rising cycle, there were some signs on Friday that Americans are becoming more optimistic about the inflation outlook.

A University of Michigan’s survey showed consumers — the main driver of US economic growth — in December expected inflation to be at 4.4 per cent in a year’s time, lower than the 4.6 per cent they indicated in a preliminary report earlier this month.

Elsewhere, new orders for so-called durable goods tumbled 2.1 per cent in November from a month earlier, which was more than economists expected, but largely because of a drop in commercial jet orders.

However, new orders for non-defence capital goods excluding aircraft — considered a proxy for business investment — rose 0.2 per cent in November to $75.2bn.

“Non-defence capital goods orders eked out a small gain, but the sector may be losing some momentum,” said Oxford Economics, which forecasts a mild recession for the US beginning in the second quarter of 2023.

Still, Fed chair Jay Powell has remained hawkish even after consumer prices moderated more than expected in November and said “ongoing increases” in the policy rate would continue next year.

Friday’s releases cap a week in which investors have been scrambling to make sense of data that showed the US economy grew faster than expected in the third quarter and the implications that might have on the future pace and trajectory of monetary policy.

On Thursday, third-quarter real gross domestic product was unexpectedly revised up to an annual rate of 3.2 per cent from a previous estimate of 2.9 per cent, and the number of Americans applying for unemployment aid rose less than expected, in a sign of the continued resilience of the labour market.

Investor concerns that this would make the Fed less likely to waver from its aggressive rate-rising campaign prompted a sell-off on Wall Street. At one point, the S&P 500 down almost 3 per cent, before it ended 1.4 per cent lower.

The S&P 500 was up 0.3 per cent in midday dealings on Friday follow the release of the latest economic data. The morning session had been choppy, likely exacerbated by thin trading volumes heading into the holidays.

News - April 27, 2022 0
The euro has tumbled to a five-year low against the US dollar as investors bet the European Central Bank will struggle to match the...

Want to make money in stocks this year? You’ll probably have to sell your...

News - May 19, 2022 0
It's getting hairy out there. Typically, when the market has a day like it did Wednesday, you'd expect to see an immediate bounce-back, a...

After 100 Years, a Royal Wedding in Russia Evokes Days of the Czars

News - October 1, 2021 0
ST. PETERSBURG, Russia — Under the watch of a ceremonial honor guard, the bride walked slowly down the aisle as a flock of young...

News - September 20, 2021 0
© 2022 Venture Current is a Flag Media LLC Publication. All Rights Reserved.
VC is part of the FLAG Token rewards network. Clients and partners can use FLAG Tokens for VC products and services.
VC runs 'Automatic' software. Stories posted here come from generic-topic Google news RSS feeds as well as client and partner-approved content.
If a story appears on this page that needs to be deleted due to licensing issues, please message us immediately so we can help you.