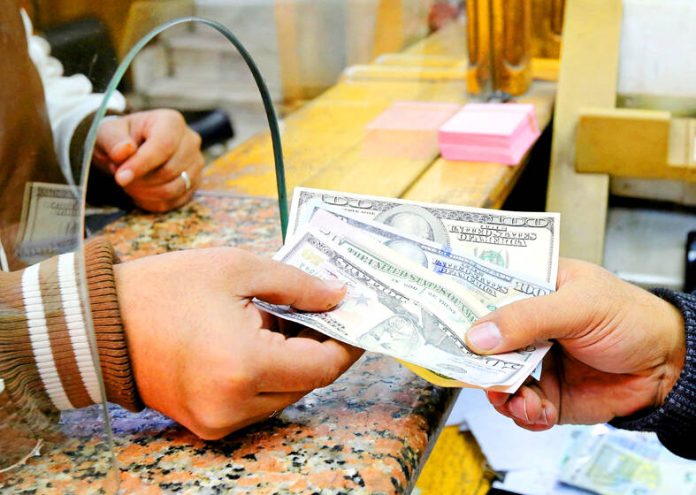 The US dollar fell on Friday, but was still on track for its biggest annual gain since 2015, in the last trading day of a year dominated by US Federal Reserve rate hikes and fears of a sharp slowdown in global growth.

Asian equities had risen earlier in the session after market sentiment on Wall Street on Thursday got a boost from data showing rising US jobless claims, which suggested the Fed’s interest rate hikes were lowering demand for labor.

With liquidity lower due to holidays, the US dollar index was down about 0.3 percent on the day at 103.720.

The Fed has raised rates by a total of 425 basis points since March last year in an attempt to curb surging inflation.

Against a basket of currencies, the US dollar gained 8.4 percent on average last year, its biggest annual jump in seven years, but it has pared some gains in the past few weeks as investors expected the Fed’s rate-hiking cycle to end this year.

“We’re not yet convinced that the Fed is turning dovish or that the US inflation will come to target for good, so there’s room for the dollar to rebound,” Nordea chief analyst Jan Von Gerich said. “But for the near-term outlook we’re looking for some more performance in the euro versus the dollar.”

On Friday, the euro was up 0.2 percent at US$1.0681, on track for a 6.2 percent annual loss versus the US dollar, compared with last year’s 7 percent drop. A combination of weak eurozone growth, the war in Ukraine and the Fed’s hawkishness put the euro under pressure last year.

European Central Bank executive board member Isabel Schnabel last week said that the central bank must be prepared to raise interest rates further, including by more than what the market expects, if that is needed to bring down inflation.

The British pound on Friday was down 0.1 percent, set for a 11 percent annual drop.

The Australian dollar, seen as a liquid proxy for risk appetite, on Friday was up 0.3 percent at US$0.6796, but on track for a 6.5 percent drop for the whole of last year.

China’s offshore yuan was up about 0.9 percent against the US dollar, with the pair at 6.9085. Still, it was set for an 8.6 percent annual drop, hurt by US dollar strength and a domestic economic slowdown.

Optimism about China’s reopening after three years of strict COVID-19 curbs has been tempered by surging infections which threaten more economic disruptions.

Taiwan, India, Italy, Japan, South Korea and the US are among the countries that have imposed COVID-19 test requirements for travelers from China.

The WHO said it needs more information to assess the latest surge in infections in China.

Von Gerich said China’s reopening “will be a source of volatility.”

“But when we get past that, when we really get to the really positive economic impact, I think it should boost risk appetite globally,” he added.

The Bank of Japan’s dovish stance has seen the US dollar gain 14.5 percent versus the yen last year, in the yen’s worst performance since 2013.

However, the Bank of Japan’s surprise decision to tweak its bond yield control program saw the yen jump to a four-month high against the US dollar early last month.

The Swiss National Bank increased the amount of the Swiss currency it sold in the third quarter of last year, the central bank said on Friday, indicating that its focus has switched from stemming the franc’s strength to fighting inflation.

Comments will be moderated. Keep comments relevant to the article. Remarks containing abusive and obscene language, personal attacks of any kind or promotion will be removed and the user banned. Final decision will be at the discretion of the Taipei Times.

SushiSwap Could Create a Gold Standard With This Crypto Tool

News - July 20, 2022 0
Record heat is impacting air travel in the U.K., along with other travel infrastructure. On Monday, London Luton Airport, 30 miles north of the...

Life at the top gets harder for chief executives

News - December 5, 2021 0
Succession is quite the topic these days, and not only because the unmissable HBO series of that name is nearing its finale. While the...

News - May 24, 2022 0
Fourteen children and one teacher have been killed at a shooting at an elementary school west of San Antonio, Texas, the state’s governor said...

Will Mark Zuckerberg’s metaverse bet pay off, or is Meta headed for oblivion?

News - January 2, 2023 0
To understand Mark Zuckerberg's obsession with the metaverse, you need to go back about a decade.It was around this time fledgling start-up Oculus Rift...
© 2022 Venture Current is a Flag Media LLC Publication. All Rights Reserved.
VC is part of the FLAG Token rewards network. Clients and partners can use FLAG Tokens for VC products and services.
VC runs 'Automatic' software. Stories posted here come from generic-topic Google news RSS feeds as well as client and partner-approved content.
If a story appears on this page that needs to be deleted due to licensing issues, please message us immediately so we can help you.