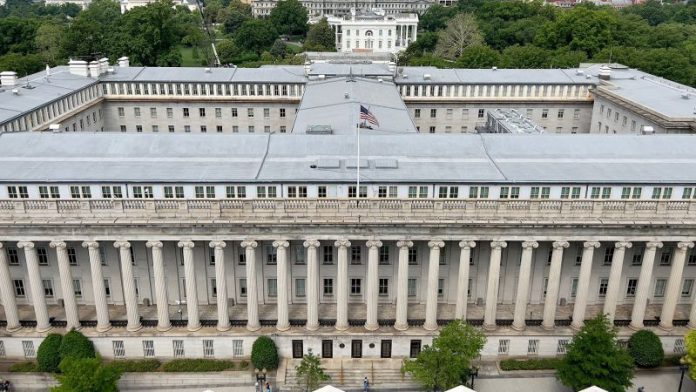 The US hit the debt ceiling set by Congress on Thursday, forcing the Treasury Department to start taking extraordinary measures to keep the government open and escalating pressure on Capitol Hill to avoid a catastrophic default.

The battle lines for the high-stakes fight have already been set. Hardline Republicans, who have enormous sway in the House because of the party’s slim majority, have demanded that lifting the borrowing cap be tied to spending reductions. The White House countered that it will not offer any concessions or negotiate on raising the debt ceiling. And with the solution to the debt ceiling drama squarely in lawmakers’ hands, fears are growing that the partisan brinksmanship could result in the nation defaulting on its debt for the first time ever – or coming dangerously close to doing so.

National Economic Council Director Brian Deese on Thursday repeatedly called on Congress to meet the United States’ obligations by raising the debt limit, warning against “economic chaos” that could ensue should Congress fail to do so.

“This is about economic stability versus economic chaos,” Deese told Kaitlan Collins on “CNN This Morning,” calling it Congress’ “basic, fundamental obligation.”

He added, “Even just the specter that the United States might not honor its obligations does damage to the economy.”

The announcement that the US has hit its debt ceiling follows the warning Yellen sent last week about the approaching debt limit, urging lawmakers to “act promptly to protect the full faith and credit of the United States.” The extraordinary measures will buy Congress some time – Yellen said it’s unlikely the government will exhaust its cash and the emergency maneuvers before early June, though she noted there is “considerable uncertainty” around that forecast.

But her missive has failed to spark bipartisan discussion so far. Instead, both Republicans and Democrats reaffirmed their rigid positions over the past week.

House Speaker Kevin McCarthy must walk a fine line since any member can call for a motion to vacate the speaker’s chair, one of several concessions he made to gain the top post after 15 rounds of voting earlier this month.

For now, he is leaning on using the debt ceiling crisis to cut spending and balance the US budget. On Tuesday, McCarthy rejected Democratic calls for a clean debt ceiling increase without any conditions attached – something Congress has done time and again, including under then-President Donald Trump. The speaker told reporters on Capitol Hill that the Biden administration should begin to negotiate ahead of this summer, when the US could default.

“Why wouldn’t we sit down and change this behavior so that we would put ourselves on a more fiscally strong position?” McCarthy said.

President Joe Biden and McCarthy have not yet spoken Thursday about the debt limit, according to an official familiar with the dynamic.

Hard-right GOP Rep. Andy Biggs went even further in a tweet on Tuesday, writing, “We cannot raise the debt ceiling. Democrats have carelessly spent our taxpayer money and devalued our currency. They’ve made their bed, so they must lie in it.”

The White House on Wednesday blasted the Arizona Republican’s “stunning and unacceptable position” and once again rejected calls to reduce spending as part of a debt ceiling deal.

While there were no meetings with congressional leadership to announce at this time, White House press secretary Karine Jean-Pierre told reporters that the administration has been reaching out “to all members, from both sides of the aisle,” but, “there will not be any negotiations over the debt ceiling– we will not do that, it is their constitutional duty.”

The debt ceiling, which is the maximum amount the federal government is able to borrow to finance obligations that lawmakers and presidents have already approved, was last raised in December 2021 to $31.4 trillion. Created more than a century ago, it has become a way for Congress to restrict the growth of borrowing – turning it into a political football in recent decades.

Increasing the cap does not authorize new spending commitments.

These funds are invested in special-issue Treasury securities, which count against the debt limit. Treasury’s actions would reduce the amount of outstanding debt subject to the limit and temporarily allow it to continue paying the government’s bills on time and in full.

No retirees will be affected, and the funds will be made whole once the impasse ends.

As part of his concessions, McCarthy promised to pass a proposal by the end of March telling Treasury which payments should be prioritized if the debt ceiling is breached, GOP Rep. Chip Roy confirmed to CNN last week.

Roy, a Texas Republican who is one of the key players in the standoff over McCarthy’s speakership, cautioned that the contours of the proposal are still being worked out, noting there are several different versions of a payment prioritization plan circulating inside the House GOP.

But choosing to pay one set of obligations over another could spark legal challenges, as well as political and ethical quandaries. For instance, lawmakers would have to decide which to pay first – Social Security monthly payments to the tens of millions of senior citizens and Americans with disabilities, salaries of federal workers and the military or the interest on US debt to a multitude of investors, many of them foreign.

The system is trying to eject Boris Johnson, but will he go? | Opinions

News - July 6, 2022 0
Constitutionally, British prime ministers stand on a plank between two stools. For Boris Johnson, both those stools are tottering.Resignations are a feature of the...

It’s in Britain and the EU’s interests to calmly resolve the Northern Ireland protocol...

News - June 13, 2022 0
The situation in Northern Ireland needs cool heads. It is overwhelmingly in the interest of the people of the island of Ireland, north and...

News - December 27, 2021 0
Over the past decade, Instagram has created a new kind of entrepreneur. Anyone can start a page and post pictures for free, giving founders...

News - August 19, 2022 0
Comment on this storyCommentGermany’s Bild newspaper named Finnish Prime Minister Sanna Marin the “coolest politician in the world” last week, calling the 36-year-old leader...
© 2022 Venture Current is a Flag Media LLC Publication. All Rights Reserved.
VC is part of the FLAG Token rewards network. Clients and partners can use FLAG Tokens for VC products and services.
VC runs 'Automatic' software. Stories posted here come from generic-topic Google news RSS feeds as well as client and partner-approved content.
If a story appears on this page that needs to be deleted due to licensing issues, please message us immediately so we can help you.