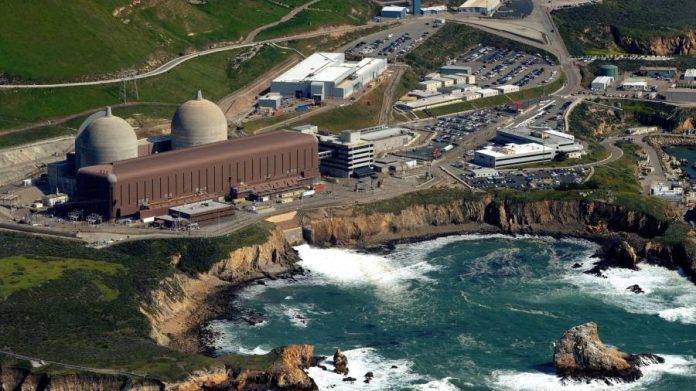 The US nuclear industry has hailed 2022 as an “inflection point”, with surging private investment and unprecedented government support breathing new life into a sector that fell from favour in recent decades.

New federal legislation enacted in the past 18 months will pump about $40bn into the sector over the coming decade, according to industry estimates, while roughly $5bn in private funds has flowed into companies designing new types of reactor in the past year alone.

“It’s a really great investor environment — both publicly and privately,” said Ryan Norman, analyst at energy think-tank Third Way. “There’s federal recognition that nuclear energy technologies have a key role to play in the US energy future,” he said. “No matter how you cut it, we’re talking about billions of dollars being poured into these advanced reactor companies.”

The influx of funding comes as nuclear power, long dogged by safety concerns and investor skittishness over costs, has re-emerged as a central element in the fight against climate change.

It’s a really great investor environment — both publicly and privately . . . No matter how you cut it, we’re talking about billions of dollars being poured into these advanced reactor companies

Nuclear can provide a baseload of carbon-free power at scale 24 hours a day, regardless of weather, making it much more reliable than intermittent renewable sources such as wind and solar.

“What we’re going through now isn’t so much a renaissance as it is an enlightenment,” said Craig Piercy, head of the American Nuclear Society. “Leaders in industry and in government are really getting down to the hard math of ‘how do we get on the path toward deep decarbonisation?’”

The US has the world’s biggest nuclear fleet, with 93 reactors that provide about 20 per cent of the nation’s power — and half of its carbon-free power.

In recent years high-efficiency turbines, cheap natural gas and renewable generation supported by subsidies have driven down wholesale power costs. Nuclear, where costs are largely fixed, has found it difficult to compete. Thirteen reactors have been closed since 2013, prompting warnings that without intervention half the existing fleet would be out of action by the end of the decade.

But a concerted push by the federal government to support the sector has stemmed the decline. The Bipartisan Infrastructure Law passed in late 2021 set aside $6bn to prop up ailing reactors through a civil nuclear credit programme. California’s Diablo Canyon plant in November became the initiative’s first beneficiary, staving off shutdown with a $1.1bn award.

The passage of the Inflation Reduction Act in August offered more federal handouts to struggling reactors, introducing a production tax credit of up to $15 per megawatt hour to prop up plants.

“What we’ve witnessed in the last 12 to 18 months is a generational investment,” said Piercy, who estimates the two pieces of legislation combined could provide as much as $40bn in support. That would be the most since the industry’s infancy in the 1950s and 1960s, when the Department of Defense invested heavily in naval reactors that were later spun out into commercial power-generation technology.

“I think this year will be remembered as a positive inflection point for nuclear,” he added.

Private funds are also flowing rapidly into the sector as companies look to develop new types of reactor that are nimbler, smaller, cheaper and safer than traditional large-scale nuclear. The Nuclear Energy Institute estimates that more than $5bn in private investment has been pumped into advanced nuclear companies globally over the past 12 months alone.

Capping the year off, US government scientists achieved a breakthrough in the development of nuclear fusion technology, seen by many as the holy grail of energy generation, by achieving a net energy gain for the first time.

Unlike the fission process used in modern reactors, which splits atoms to create power, fusion melds them together and could in theory provide limitless power without creating long-lived radioactive waste.

Despite the breakthrough, adoption of fusion and the infrastructure to support it remains years off. But support for the technology has taken off in the past two years, according to Chris Kelsall, chief executive of UK-based fusion developer Tokamak Energy.

“It’s been a palpable inflection in the level of awareness, interest and engagement with the investment community — and also a noticeable enlargement in the breadth, depth and diversity of counterparties that are interested in participating in the fusion journey,” he said. “There’s a bright future for nuclear technology, both fission and fusion.”

Market May Be Too Optimistic

News - December 24, 2021 0
France and more than a dozen of Western allies have condemned what they said was the deployment of Russian mercenaries working for the controversial...

Apple MacBook Air powered by M2 processor to go on sale from July 15...

News - July 1, 2022 0
A few weeks ago, Apple announced the new M2 chipset that is powering the company’s newly launched MacBook Air and MacBook Pro laptops. While...
© 2022 Venture Current is a Flag Media LLC Publication. All Rights Reserved.
VC is part of the FLAG Token rewards network. Clients and partners can use FLAG Tokens for VC products and services.
VC runs 'Automatic' software. Stories posted here come from generic-topic Google news RSS feeds as well as client and partner-approved content.
If a story appears on this page that needs to be deleted due to licensing issues, please message us immediately so we can help you.