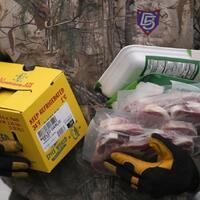 The U.S. economy expanded 3.2 percent in the third quarter, the Commerce Department said on Dec. 22, in a further upward revision of data reflecting stronger consumer spending and investment than earlier estimated.

The world’s biggest economy grew for the first time this year in the July to September period, after two quarters of contraction that worsened recession fears.

It earlier revised the GDP figure to 2.9 percent, annualized, already an improvement from the 2.6 percent first reported in October.

Both adjustments “primarily reflected upward revisions to consumer spending” as well as non-residential fixed investment, the Commerce Department said, in its final GDP estimate for the quarter.

But growth was partly offset by decreases in residential fixed investment and private inventory investment, it added.

Within consumer spending, a rise in services was partly held back by a drop in goods, sales of cars and auto parts lagged as did food and beverage purchases, as households grappled with soaring costs.

An increase in government spending was led by upticks in staff compensation and defense spending, the Commerce Department said.

But it is unclear how long consumers will be able to keep up the current pace of spending.

“Despite a rapid increase in interest rates, the economy is growing and importantly, households are still spending,” said Rubeela Farooqi of High Frequency Economics in a note.

News - June 19, 2022 0
Protesters in India’s eastern state of Bihar have damaged public property and ransacked offices in a railway station, expressing outrage at a new military...

News - November 3, 2022 0
Is the PSVR 2 price too high? We take a closer look to see wagwan Updated: Nov 3, 2022 9:54 am Table...
© 2022 Venture Current is a Flag Media LLC Publication. All Rights Reserved.
VC is part of the FLAG Token rewards network. Clients and partners can use FLAG Tokens for VC products and services.
VC runs 'Automatic' software. Stories posted here come from generic-topic Google news RSS feeds as well as client and partner-approved content.
If a story appears on this page that needs to be deleted due to licensing issues, please message us immediately so we can help you.