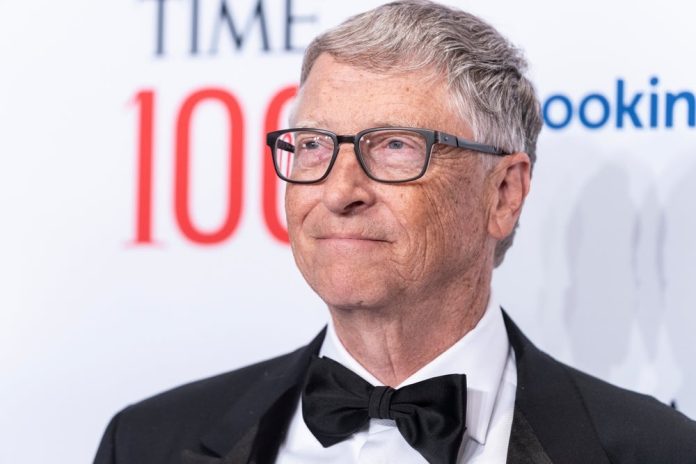 Reports surfaced Tuesday that Microsoft Corp MSFT was reportedly negotiating a $10 billion investment in OpenAI — the owner of ChatGPT, a large language chatbot that has turned the tech world on its heels in recent weeks.

The deal has Microsoft taking a 49% stake in the company after it absorbs 75% of OpenAI’s profits until the Bill Gates-founded company recoups its investment. It valued the AI-unicorn at $29 billion.

Speaking of Gates, the billionaire-turned-philanthropist hinted Wednesday during a Reddit AMA (Ask Me Anything) session that if the deal goes through, he may be working on ChatGPT with Microsoft.

What Happened? During his 11th appearance on Reddit AMA, Gates said the AI tech emerging today is a revolutionary shift in technology similar to how the internet shifted the world.

Read Also: Microsoft Office Users Could Soon Be Getting ChatGPT Integration To Help With Homework And Emails

“AI is the big one,” Gates said in response to a user who asked if there is a mammoth shift in technology happening today. “I don’t think Web3 was that big or that metaverse stuff alone was revolutionary but AI is quite revolutionary.

Later, in direct response to his views on OpenAI’s ChatGPT, Gates said, “It gives a glimpse of what is to come. I am impressed with this whole approach and the rate of innovation.”

“I am following this very closely,” Gates said.

During the AMA, Gates admitted he still worked for the company he founded and Microsoft included him in some of the company’s research and product plans.

Why It Matters: Microsoft was reportedly working on launching a version of its search engine Bing, perhaps with Gates, that used the artificial intelligence behind ChatGPT, according to The Information, citing two people with direct knowledge of the plans.

Microsoft hopes to compete with Google by launching the new feature before the end of March. Microsoft stated in a blog post last year that it intended to integrate OpenAI’s image-generation software, DALL-E 2, into Bing as well.

Alibaba: SoftBank is selling its crown jewels to ride out ‘severe market’

News - November 3, 2022 0
I believe now, the market is going to see plenty of reasons to go lower, so therefore the fact that we are closing at...

News - July 6, 2022 0
As once relatively wealthy Sri Lanka suffers a dire economic crisis with shortages of everything from medicines to gas, people are returning to cooking...

News - April 4, 2022 0
Photographs are made with the help of light, but what if portraits of people could be made with the sound of their voices?...
© 2022 Venture Current is a Flag Media LLC Publication. All Rights Reserved.
VC is part of the FLAG Token rewards network. Clients and partners can use FLAG Tokens for VC products and services.
VC runs 'Automatic' software. Stories posted here come from generic-topic Google news RSS feeds as well as client and partner-approved content.
If a story appears on this page that needs to be deleted due to licensing issues, please message us immediately so we can help you.