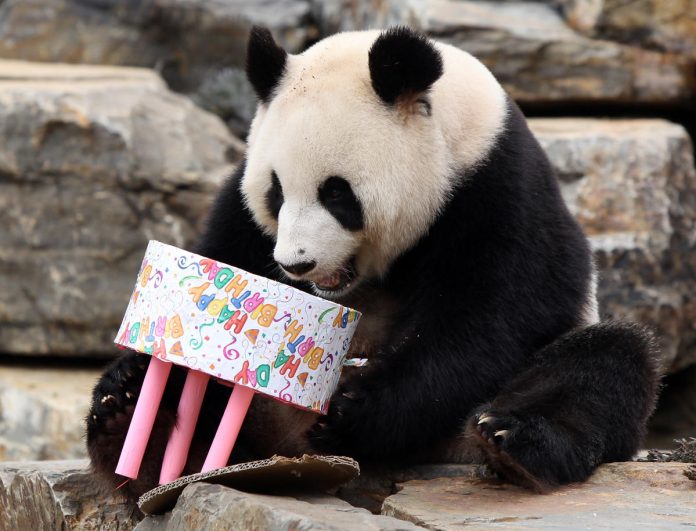 The U.S. economy added 223,000 jobs in December, more than economists expected, while the unemployment rate fell to 3.5%.

Job growth has slowed in recent months against a backdrop of higher interest rates, but the labor market remains tight despite the Federal Reserve’s efforts to cool demand for workers that has placed upward pressure on wages and driven up inflation.

Some experts asserted that the strong headline payroll figure affirms the need for further monetary tightening. Others, however, celebrated the combination of a strong job market and retreating wage gains.

As BMO Wealth Management’s Yung-Yu Ma put it: “Maybe we can have our cake and eat it too.”

Reactions from Wall Street strategists flooded our inboxes following the employment numbers, and Yahoo Finance rounded up some of what we got below:

“Maybe we can have our cake and eat it too. The Fed has assumed that a strong labor market would lead to excessive wage growth which, in turn, would lead to inflation pressures. That’s a logical chain but not a certain one, and the market may be getting more comfortable with the possibility that we can maintain a healthy labor market without causing excessive inflation pressures. We believe this is possible, but it will take more than one month of data to convince the Fed of this trajectory.”

“Today’s data release is one data point in a series of many, and the rates market continues to price in an equal probability of a 25- or 50-basis point hike for the next meeting. The report will most likely add to the growing narrative of a disinflationary environment crossing with a robust economy, and therefore a soft landing. This could prove positive for stocks in the short-term. However, our positioning remains risk-off into 2023. It’s hard to see how risky assets can compete with approximately 5% yields in money market funds until more clarity is delivered on the inflation/growth mix. We expect the Fed to remain restrictive until there is clear evidence that tightness in the labor market is consistently improving.”

“This was the ninth consecutive month where nonfarm payrolls surprised to the upside, and the labor market as a whole is showing only very tentative signs of weakness. These include more moderate growth in hours worked, some deceleration in average hourly earnings, as well as fewer job postings, a falling quit rate, and a rising number of layoff announcements. There has been a lot of discussion among economists recently about the possibility of getting inflation down without having to raise unemployment and create job losses. The strong increase in employment in this report, coupled with the fall in average hourly earnings, will only further enhance this debate—and poses more of a dilemma for the Fed in terms of how high to ultimately raise interest rates.”

“[The] Goldilocks jobs report points to a gently easing labor market. Final demand is now visibly softening with tighter financial and credit conditions brought on by the Fed’s aggressive tightening cycle forcing business executives to reevaluate their talent needs for 2023. But, with so much effort having been poured into hiring and training over the last 18 months, executives are reluctant to let go of their valuable and prized talent pool. As such, layoffs remain low, and instead, reduced hiring along with wage growth compression are being considered as alternatives to keep a lid on labor costs.”

“No doubt the labor market has been able to withstand prolonged rate hikes better than many expected. Remember though that monetary policy acts on a lag so it’s likely an if and not a when for a slowdown in hiring. The Fed minutes made it clear that rates will remain high for all of 2023, so investors should prepare for a bumpy ride especially as we enter earnings season and get a glimpse of guidance in the coming weeks.”

“With over 1.8 unfilled jobs for every unemployed person, investors should expect higher rates for longer after today’s release. The good news is that goods prices – ex-food and energy – are declining, and shelter inflation is decelerating. The final piece of the puzzle is services ex-shelter which comprise about one-third of core CPI and where wages are the key determinant of prices. As long as the labor market remains this tight, the Fed cannot rest assured that inflation will return to its 2% target.”

“A lower unemployment rate and weaker average hourly earnings growth is certainly going to get equity market bulls’ attention. Indeed, expectations for a soft landing in the economy have likely been boosted in light of today’s jobs report. Yet, with the unemployment rate back to the historic low of 3.5%, how realistic is it to expect wage growth to move meaningfully lower? The Fed will likely be skeptical. And so, with the record low unemployment rate indicating that there is still so much work ahead of them, Fed policy rates are set to rise above 5% within just a few months and a hard landing looks to be the most likely outcome this year. The recession clock is ticking.”

“The collision of interests between so-called Wall Street and Main Street remains a conundrum for casual observers. The Federal Reserve continues to look at the totality of employment data, including job openings, as contributing to inflation risk. This is among the reasons why Federal Reserve officials are sticking to their rate-raising guns, including the pledge to keep rates higher for longer. With this added piece of the puzzle in place, we now know that there recently were nearly 10.5 million job openings with 5.7 million unemployed persons. That’s a mix underscoring a continued mismatch between supply and demand for workers.”

“This is an encouraging jobs report for the Fed that shows the narrow path to a soft landing remains a possibility with wages – and thus inflationary pressure on core services ex-rents – the sole area of the three Fed Chair Jay Powell laid out in a speech last month that was yet heading in the right direction – cooling without requiring widespread job destruction. This print on its own doesn’t clearly support a 25 or a 50 bps hike at the next Fed meeting in February, as a result next Tuesday’s CPI release could prove crucial for that decision.”

“Today’s payrolls report was nirvana for the bulls. Wage growth slowed even as unemployment fell. The participation rate ticked up as long-term joblessness fell. These numbers seem to point toward a soft landing, with covid-fueled inflationary pressures still easing. The Fed’s latest worry has been the wage-price spiral, but this report shows just the opposite. Forget about glass half full. It could be more like three-quarters full. We could be looking right now at a soft landing.”

“The December jobs report was stronger than expected, with solid job growth and the unemployment rate falling back to a half-century low. 2022 was a blockbuster year for job growth, but two fifths of those jobs were either part-time or side gigs for people already working. The pandemic’s drag on labor force participation is fading, and Americans have been looking to take on extra hours to manage the higher cost of living. Other recent data—PMIs, the leading economic index, continued jobless claims—suggest the economy is weaker than the jobs report. But if the jobs data go unrevised, the U.S. economy is probably not in recession in late 2022. The Fed will see this jobs report as a green light for further rate hikes in early 2023. If inflation continues to slow, a pivot to rate cuts is still possible later this year, but it is not around the corner.”

News - May 12, 2022 0
It used to be that venture capitalists couldn’t sell their stake in a portfolio company before it sold or went public without raising questions...

News - September 15, 2021 0
Newsletter: UnhedgedThe most important market trends and how Wall Street's best minds respond to them. Delivered every weekday. Laos has authorised the mining and trading...

News - September 19, 2022 0
The UK’s financial regulator has warned consumers against dealing with FTX, the cryptocurrency exchange run by billionaire Sam Bankman-Fried, in the latest clash between...

News - December 8, 2022 0
A few months after her wedding this year, Lilian Li moved from the south-western Chinese city of Chongqing to an apartment near Beijing’s financial...

News - January 9, 2022 0
Checking the weather app can be more unpredictable than the weather itself, but some new features will help — if you can find them. Apple’s...
© 2022 Venture Current is a Flag Media LLC Publication. All Rights Reserved.
VC is part of the FLAG Token rewards network. Clients and partners can use FLAG Tokens for VC products and services.
VC runs 'Automatic' software. Stories posted here come from generic-topic Google news RSS feeds as well as client and partner-approved content.
If a story appears on this page that needs to be deleted due to licensing issues, please message us immediately so we can help you.