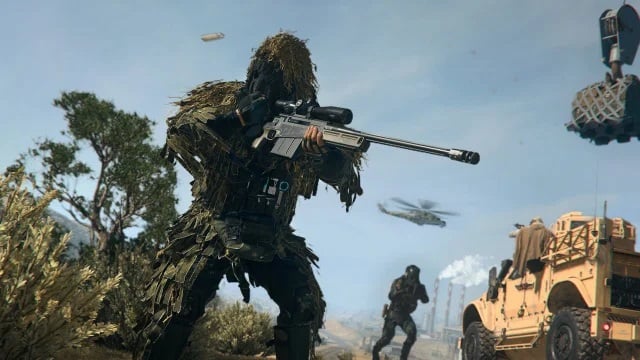 The Warzone 2 player count has dropped significantly and “at a higher rate than expected,” according to a report from CharlieIntel. So while it’s not a surprise that the number of players for a multiplayer game has dropped several months after launch, it seems that they are leaving Warzone 2 faster than usual for several reasons.

While there are no figures on the number of players for Warzone 2 on PS5 and PS4, they are available for the PC version via SteamCharts. Following the player count stats for the game over the last few months, it had a peak of 488,897 players on November 19, 2022, which makes sense since that was the first Sunday after the game’s launch. That figure has continued to drop steadily to about an average of 120,000 players over this past week starting on January 9.

Twitter users responding to CharlieIntel’s report provide a few explanations on why players are leaving this specific Call of Duty variant. Looking at replies with a high number of likes, we found one user who remains disappointed about the lack of recorded stats for Warzone 2. Another says that it’s missing a wealth of features from the original Warzone and that it hasn’t added all that much new since launch.

Other reasons could be that some players just want the popular Verdansk map from Warzone 1 back. There are also plenty of other battle royale games to choose from, like Fortnite and Apex Legends.

Poll: What Switch Online N64 Game Are You Most Excited About?

News - September 15, 2022 0
https://www.youtube.com/watch?v=O8PrEUsma50 Nintendo's Direct presentation earlier this week was loaded with all sorts of announcements, and one of the highlights was the segment announcing a new...

News - December 29, 2022 0
Small companies are increasingly struggling to secure affordable bank loans, according to new research that also found these businesses are carrying an additional £36bn...

Apple gains PC market share in 2022 while other brands suffer

News - January 11, 2023 0
The personal computers market witnessed an exponential growth during the pandemic. However, post-pandemic, the same market has declined drastically due to lower demand, especially...

US retail sales defy expectations with rebound in August

News - September 16, 2021 0
US retail updatesSign up to myFT Daily Digest to be the first to know about US retail news. US retail sales bounced back in August...

News - October 18, 2021 0
Facebook says it plans to hire 10,000 workers in the European Union over the next five years to work on a new computing platformByThe...
© 2022 Venture Current is a Flag Media LLC Publication. All Rights Reserved.
VC is part of the FLAG Token rewards network. Clients and partners can use FLAG Tokens for VC products and services.
VC runs 'Automatic' software. Stories posted here come from generic-topic Google news RSS feeds as well as client and partner-approved content.
If a story appears on this page that needs to be deleted due to licensing issues, please message us immediately so we can help you.