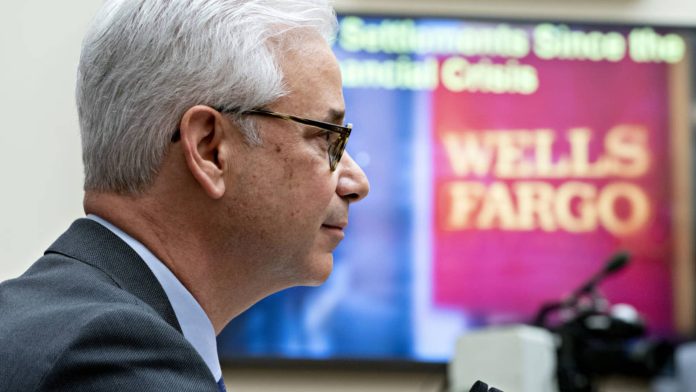 Wells Fargo is stepping back from the multi-trillion dollar market for U.S. mortgages amid regulatory pressure and the impact of higher interest rates.

Instead of its previous goal of reaching as many Americans as possible, the company will now offer home loans to existing bank and wealth management customers and borrowers in minority communities, CNBC has learned.

Dual factors of a lending market that has collapsed since the Federal Reserve began raising rates last year and questions about the long-term profitability of the business led to the decision, said consumer lending chief Kleber Santos. Regulators have heightened oversight of mortgage lending in the past decade, and Wells Fargo garnered further scrutiny after its 2016 fake accounts scandal.

“We are acutely aware of Wells Fargo’s history since 2016 and the work we need to do to restore public confidence,” Santos said in a phone interview. “As part of that review, we determined that our home lending business was too large, both in terms of overall size and its scope.”

It’s the latest, and perhaps most significant, strategic shift that CEO Charlie Scharf has undertaken since joining Wells Fargo in late 2019. Mortgages are by far the biggest category of debt held by Americans, making up 71% of the $16.5 trillion in total household balances. Under Scharf’s predecessors, Wells Fargo took pride in its vast share in home loans — it was the country’s top lender as recently as 2019, when it had $201.8 billion in volume, according to industry newsletter Inside Mortgage Finance.

Now, as a result of this and other changes that Scharf is making, including pushing for more revenue from investment banking and credit cards, Wells Fargo will more closely resemble megabank rivals Bank of America and JPMorgan Chase. Both companies ceded mortgage share after the 2008 financial crisis.

Following those once-huge mortgage players in slimming down their operations has implications for the U.S. mortgage market.

As banks stepped back from home loans after the disaster that was the early 2000’s housing bubble, non-bank players including Rocket Mortgage quickly filled the void. But these newer players aren’t as closely regulated as the banks are, and industry critics say that could expose consumers to pitfalls. Today, Wells Fargo is the third biggest mortgage lender after Rocket and United Wholesale Mortgage.

As part of its retrenchment, Wells Fargo is also shuttering its correspondent business that buys loans made by third-party lenders and “significantly” shrinking its mortgage servicing portfolio through asset sales, Santos said.

The correspondence channel is a significant pipeline of business for San Francisco-based Wells Fargo, one that became larger as overall loan activity shrank last year. In October, the bank said 42% of the $21.5 billion in loans it originated in the third quarter were correspondence loans.

The sale of mortgage servicing rights to other industry players will take at least several quarters to complete, depending on market conditions, Santos said. Wells Fargo is the biggest U.S. mortgage servicer, which involves collecting payments from borrowers, with nearly $1 trillion in loans, or 7.3% of the market, as of the third quarter, according to data from Inside Mortgage Finance.

Altogether, the shift will result in a fresh round of layoffs for the bank’s mortgage operations, executives acknowledged, but they declined to quantify exactly how many. Thousands of mortgage workers were terminated or voluntarily left the company last year as business declined.

The news shouldn’t be a complete surprise to investors or employees. Wells Fargo employees have speculated for months about changes coming after Scharf telegraphed his intentions several times in the past year. Bloomberg reported in August that the bank was considering paring back or halting correspondent lending.

“It’s very different today running a mortgage business inside a bank than it was 15 years ago,” Scharf told analysts in June. “We won’t be as large as we were historically” in the industry, he added.

Wells Fargo said it was investing $100 million towards its goal of minority homeownership and placing more mortgage consultants in branches located in minority communities.

“Our priority is to de-risk the place, to focus on serving our own customers and play the role that society expects us to play as it relates to the racial homeownership gap,” Santos said.

The mortgage shift marks what is potentially the last major business change Scharf will undertake after splitting the bank’s operations into five divisions, bringing in 12 new operating committee members and creating a diversity segment.

In a phone interview, Scharf said that he didn’t anticipate doing other major changes, with the caveat that the bank will need to adapt to changing conditions.

“Given the quality of the five major businesses across the franchise, we think we’re positioned to compete against the very best out there and win, whether it’s banks, non-banks or fintechs,” he said.

News - October 31, 2021 0
A hotter than expected housing market has given the UK’s biggest high street lenders a bumper autumn, but analysts have warned that rising mortgage...

News - October 18, 2022 0
Dow Jones, ASX 200, Bank of America, Technical Analysis – Asia Pacific Indices BriefingDow Jones gained on Monday as consumer discretionary sector stocks surgedBank...
© 2022 Venture Current is a Flag Media LLC Publication. All Rights Reserved.
VC is part of the FLAG Token rewards network. Clients and partners can use FLAG Tokens for VC products and services.
VC runs 'Automatic' software. Stories posted here come from generic-topic Google news RSS feeds as well as client and partner-approved content.
If a story appears on this page that needs to be deleted due to licensing issues, please message us immediately so we can help you.