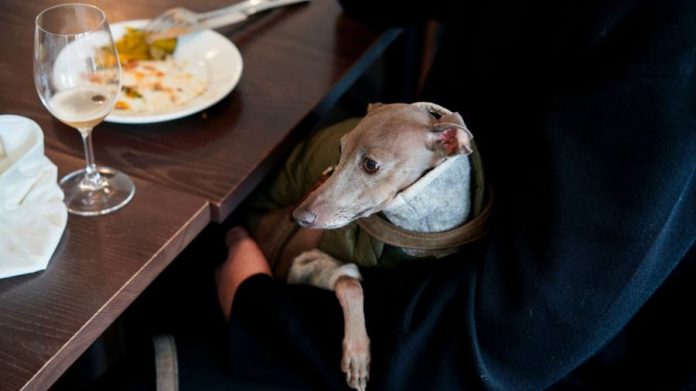 Sri Trat in Bangkok, Bavel in Los Angeles and Kudu in London stand out in a sublime year of dining. If I overspent on restaurants in 2022, it was to avenge all those pandemic-era claims that I wouldn’t get the chance again. Some of the terminal prognoses for nightlife (and for air travel, and for cities themselves) were written more in glee than in sorrow. Their authors wondered if modernity was worth the candle: if our species might not be happier living simply. A gentleman would forgive those nature-is-healing merchants. I demand show trials and the pillory.

For the rest of us, there is more eating out to be done in 2023. And I am better qualified than most as a guide. Here, then, for the less seasoned diner, is what I look for in a restaurant.

The view must be rubbish. Or at least nondescript. A gastropub near me is so prettily situated that it could neglect the food without losing custom. So it does. LA has miles of ravishing Pacific coastline. Almost none of the city’s best restaurants are on it. Chefs who are serious about food know that a beachside setting will become a magnet for marriage-proposers and people who sing “Happy Birthday” in public. For the same reason, no restaurant that isn’t a crucible of ghastliness was ever found in a skyscraper.

The view must be rubbish. No good restaurant was ever found in a skyscraper

With exceptions (Hide Above in Mayfair looks on to Green Park), good restaurants try to make the outside world an irrelevance. I have been to The Clove Club upwards of 40 times over the past decade. As I write this, I can’t picture the view from its dining room windows. The back side of an office building, I think.

The kitchen must be unconfidential. That is, it must be visible to the diners. It is harder for the chef to mistreat juniors when there is a live audience. It is harder for diners themselves to make vexatious complaints when they see how the staff toil. As well as being a spectacle in and of itself, an exposed kitchen has a civilising, even democratising, effect on the night. Cycene in London takes you inside the kitchen for one course of the tasting menu. At Aulis, you can all but don an apron and join in.

Champagne must come in a wine glass. The extra volume allows the bubbles to spread out and the fruit to come through. Drink from a flute, and you more or less drink air. A tulip is only slightly less “tight”. A coupe is just naff. No, it almost certainly isn’t modelled on Marie Antoinette’s breast. Even if it were, why sully such a celebratory drink with someone on history’s losing side? The flute, the tulip and the coupe also attract clientele of a selfie-taking persuasion. With less photogenic glassware, a restaurant can make sure they stay at Nobu or wherever.

Staff mustn’t ask if you are enjoying the meal. It is needy and almost never incurs an answer other than “yes”. Or it encourages the “I could make this at home” kind of diner. The customer isn’t always or even generally right. A good restaurant will, like The Economist, which has no online comments, maintain a polite distance from the audience.

The neighbourhood must be hipster. A rule of thumb, not an iron law, but one that holds in most western cities. The reason high-street coffee, supermarket ice cream and almost everything else is better than it was a generation ago is because pretentious ectomorphs in thick glasses tried something new in their own districts. Their ideas then diffused, in weakened form, to the masses, as haute couture works its way into Zara after a lag and much dilution. What and how a city eats is to a large extent decided in its bohemian quarters several years earlier. So go straight there. Were I barred from all restaurants that didn’t have an E or SE postcode, I’d shrug.

Wherever you dine in 2023, remember those who thought, and in several cases hoped, that such a life would never return. It turns out that people need contact with or even just sight of one another. That much is obvious in the packed Emirates stadium. It is obvious in the queues at Heathrow. And this in a recession. (Human) nature did heal.

News - September 10, 2021 0
An international flight carrying passengers, including Americans, has flown out of Kabul airport for the first time since the US completed its withdrawal from...

News - March 24, 2022 0
Ukrainian and Russian armed forces on Thursday conducted the first exchange of prisoners of war since Moscow launched its invasion of Ukraine one month...

News - February 1, 2023 0
McDonald's customers are still "lovin' it" despite cutting back on restaurant spending due to inflation.For the fiscal fourth quarter, McDonald's reported earnings per share...

News - November 10, 2021 0
A federal judge has denied Donald Trump’s bid to stop a congressional committee investigating the January 6 attack on the US Capitol from accessing...

Is it a good time to buy or sell? What you can expect for...

News - January 29, 2023 0
SYRACUSE, N.Y (WSYR-TV) — Between rising inflation and skyrocketing mortgage rates, 2022 was a rough year for the housing market, but one local real...
© 2022 Venture Current is a Flag Media LLC Publication. All Rights Reserved.
VC is part of the FLAG Token rewards network. Clients and partners can use FLAG Tokens for VC products and services.
VC runs 'Automatic' software. Stories posted here come from generic-topic Google news RSS feeds as well as client and partner-approved content.
If a story appears on this page that needs to be deleted due to licensing issues, please message us immediately so we can help you.