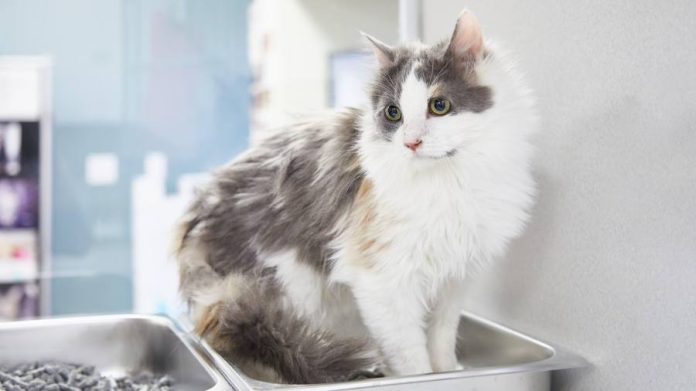 A series of legal cases in the US is focusing on whether Covid-19 can cause invisible damage to insured property — drawing on past cases involving cat urine and toxic gas — as lawyers and advocacy groups attempt to chip away at the industry’s resistance to payouts.

Business interruption insurance during the pandemic has been a significant cost for parts of the global insurance industry. Disputes over who should pay for the cost of shuttered factories and empty restaurant tables continue to rumble through courts more than two years after the crisis began.

But whether this kind of insurance has paid out has varied by jurisdiction. Policyholders in the UK had a major win on their business interruption claims in an industry test case early last year, with £1.5bn since paid out by companies including Lloyd’s of London insurers such as Hiscox. But in the US, insurers have been more successful at seeing off claims, which typically have different wording.

In many instances, US courts have dismissed cases in response to arguments by insurers that the pandemic did not create a “physical loss or damage” to property as required by policies. A large majority of insurers’ motions to dismiss have been granted, according to a litigation tracker provided by the University of Pennsylvania.

Policyholders have fared better in some recent cases, however. In September, Baylor College of Medicine won a $48.5mn case against insurers, including Lloyd’s of London, after a Texas judge decided to put the question of physical loss to a jury.

“Damage, it can be tangible, it can be intangible, it can be hidden, there are many ways to interpret [that],” said Robert Corrigan, the healthcare provider’s general counsel. “Our view was ask the ordinary person.” Virus particles landing on surfaces used for patient consultations damaged its property, the company argued in court.

In the same month as the Baylor verdict, Vermont’s supreme court decided that a case brought by military shipbuilder HII could progress, and its argument on physical loss could be heard. That reversed an earlier decision in favour of its reinsurers.

In July, an appeal court in California overturned a lower court’s decision to dismiss a claim from Marina Pacific Hotel & Suites, owner of a hotel and restaurant in Venice Beach, again determining the policyholders were entitled to at least present their case.

“[That decision] as well as similar decisions by courts since then vindicate the right of policyholders’ to proceed on well-pleaded claims, and send a strong message that insurers cannot evade their coverage obligations without giving policyholders a fair opportunity to have their day in court and prove their claims,” said David Schack, partner at Barnes & Thornburg, which is representing Marina Pacific.

“It’s really starting to heat up,” said Robin Cohen, chair of law firm Cohen Ziffer Frenchman & McKenna. She is representing restaurateurs Consolidated Restaurant Operations in a case that has reached New York’s highest court. “It’s a really big deal that they are hearing it,” she added. There are thousands of policyholders across the country where New York law applies, she said.

The businesses are trying to overturn insurers’ argument that a Covid outbreak is not a physical loss that can be claimed under property and business interruption policies.

One tack is to argue that premises are physically changed by Covid-19. Here, insurance cases are turning to medical science, with lawyers arguing that the virus adheres to surfaces, transforming them into “fomites”, inanimate objects that can carry disease.

HII argued that this altered and impaired the functioning of its premises, requiring reconfiguration that reduced its capacity. Marina Pacific said it was required to dispose of property that had been contaminated by the virus.

Another argument is that the extent of coronavirus particles impaired the property to a point where a claim is justified. Here, filings refer to previous cases that have deprived policyholders of the use of property, from an overwhelming smell of cat urine to the presence of toxic ammonia gas.

Insurers, however, do not fear any turning of the tide with these cases.

Ken Stoller, assistant vice-president at the American Property Casualty Insurance Association, an industry body, highlighted the rejection of pandemic claims in many federal courts, in state high courts from Maryland to South Carolina, and other venues.

“The few outlier decisions have been on . . . procedural grounds and informed by very lenient pleading standards, or have espoused coverage theories that have been soundly and repeatedly rejected elsewhere,” he said. “We do not expect the current trend to materially change.” 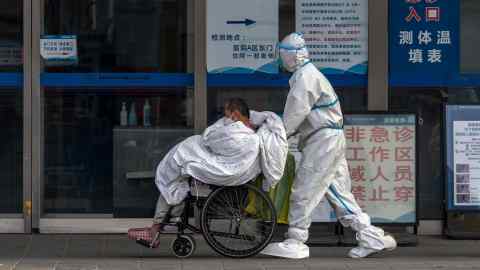 Even in Vermont, the judges offering a minority opinion against the policyholders said fomites “demonstrably have no effect on the tangible, physical dimension of [the] insured’s property. No reasonable person in [the] insured’s position would think otherwise.”

Policyholders are being helped in these efforts by campaign groups such as United Policyholders, a San Francisco-based non-profit organisation. United Policyholders has assisted in hundreds of cases across more than 40 states. It has also challenged industry arguments that allowing claims would push insurers into insolvency.

“Several appellate courts, including those in California and Vermont, have recently and correctly ruled that these types of cases should be decided by hearing evidence about the science of how Covid-19 causes physical loss and physical damage to property,” said Andrew Hahn of law firm Covington & Burling, speaking on behalf of United Policyholders. “We hope that the New York court [in the Consolidated Restaurant Operations case] will follow this better-reasoned line of cases and recognise the importance of scientific and other evidence in resolving these issues.”

Insurers’ success in many courts means the industry could end up with “different interpretations of . . physical loss in different jurisdictions,” said Cohen. She added: “The insurance industry has used their pull in a way that has really hurt the little guy.”

News - January 6, 2022 0
Offer comes as Baltic nation faces retaliation from Beijing for allowing representative office under the name of Taiwan.Taiwan pledged to establish a $200 million...

News - June 18, 2022 0
The following content is brought to you by ZDNet partners. If you buy a product featured here, we may...

‘We’re trapped’: Britons in homes with unsafe cladding see no way out as living...

Wall Street is pumped about the metaverse. But critics say it’s massively overhyped and...

News - December 25, 2021 0
Wall Street is hugely excited about the metaverse, calling it the next big theme in investing that could change the world. But critics say the...
© 2022 Venture Current is a Flag Media LLC Publication. All Rights Reserved.
VC is part of the FLAG Token rewards network. Clients and partners can use FLAG Tokens for VC products and services.
VC runs 'Automatic' software. Stories posted here come from generic-topic Google news RSS feeds as well as client and partner-approved content.
If a story appears on this page that needs to be deleted due to licensing issues, please message us immediately so we can help you.