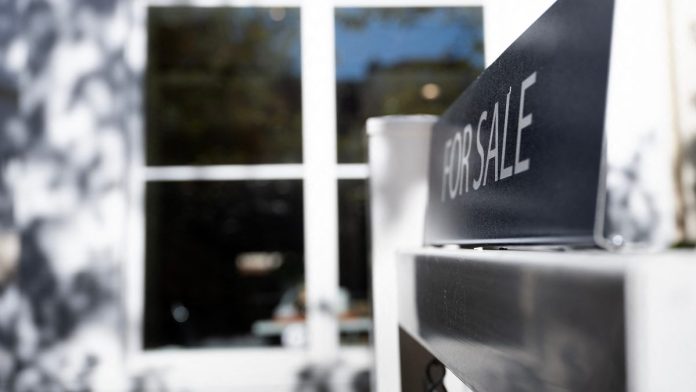 The housing market is ending 2022 on a pretty sour note. Pending home sales in November dipped to their second lowest level since the National Association of Realtors started tracking that stat 20 years ago.

And though mortgage rates have dipped in recent weeks, they topped 7% last month and are still way above where they were last year. Add in further expected rate hikes from the Federal Reserve and the uncertainty around a possible recession next year, and you’ve got to ask: Who exactly is going to buy a house in 2023?

To be clear, the housing market in Fresno, California, is not dead. But how’s the market now compared to last year when the influx of remote workers from the Bay Area was in full force?

“I would say like the tortoise and the hare,” said Sabrina Brown, a local real estate broker.

Brown said she’s still getting some calls from certain types of buyers, like renters just fed up with renting and newlyweds looking to upsize. But she’s noticed a new type of seller: the formerly remote worker.

“We have people that are changing jobs,” she said. “They’re saying, ‘No, get back to the office.’ So we have those people [who] are selling, as well.”

Those retetherings of worker to office are pretty rare. People just aren’t moving very much these days.

That trend will last well into 2023, said economist Lawrence Yun with the National Association of Realtors.

“Overall annual sales next year will be lower — I think about 7% or 10% decline in overall unit sales,” he said.

That’s assuming the Fed wins the inflation fight and doesn’t hike rates any higher than anticipated. While Yun said he expects prices nationally to remain flat, some coastal markets like San Francisco may see drops of as much as 15%.

Of course, all those predictions could change depending on whether the economy lurches into a recession and just how high the unemployment rate goes.

Even if there is an economic downturn, “buyers and sellers are still much better off today than they were before the pandemic,” said Zillow economist Orphe Divounguy.

Buyers are more likely to be sitting on savings, and sellers have built some equity as home prices increased. Divounguy said he’s pretty optimistic about a market rebound — assuming the Fed really does get inflation under control.

There’s a lot happening in the world.  Through it all, Marketplace is here for you.

You rely on Marketplace to break down the world’s events and tell you how it affects you in a fact-based, approachable way. We rely on your financial support to keep making that possible.

Your donation today powers the independent journalism that you rely on. For just $5/month, you can help sustain Marketplace so we can keep reporting on the things that matter to you.

News - November 18, 2022 0
Comment on this storyCommentThe Biden administration has granted legal immunity to Saudi Crown Prince Mohammed bin Salman, a protection that even President Donald Trump’s...
© 2022 Venture Current is a Flag Media LLC Publication. All Rights Reserved.
VC is part of the FLAG Token rewards network. Clients and partners can use FLAG Tokens for VC products and services.
VC runs 'Automatic' software. Stories posted here come from generic-topic Google news RSS feeds as well as client and partner-approved content.
If a story appears on this page that needs to be deleted due to licensing issues, please message us immediately so we can help you.