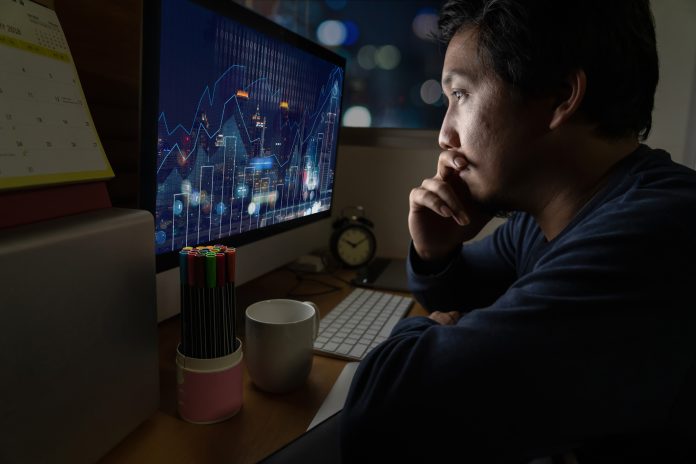 Undoubtedly, electric vehicles (EVs) will become the norm over the next couple of decades, ending more than 100 years of internal combustion engine automobile dominance. Statista estimates that sales will grow at a compound annual rate of nearly 17% through 2027, going from $389 billion in 2022 to $847 billion. This is fertile ground for long-term investors, but not every stock is an excellent pick in 2023. Tesla (TSLA -1.75%) looks like one of these.

Tesla is one of the most successful investments of the last 10 years, returning an eye-popping 5,700%. However, the stock is down more than 67% this year. Unfortunately, the drop may continue due to several headwinds. Let’s look at a few.

Elon Musk’s purchase of Twitter has been an unwelcome distraction for Tesla investors. The Tesla CEO’s offer was announced on April 14, 2022, and Tesla shares have plunged 60% since. Those who were expecting a renewed focus on Tesla once the transaction was complete have been disappointed. Several high-profile Twitter controversies have followed. Investors may see Musk’s focus on Twitter as bad for Tesla stock at a time when Tesla needs its CEO’s focus more than ever.

Musk announced he will step down as Twitter CEO once a replacement is found. This is terrific news for Tesla and could provide a short-term bump in the stock price once the new CEO is found. However, the Twitter complication isn’t the only problem for Tesla stock.

Tesla has enjoyed its first-mover advantage in the EV industry for years. In 2021, the company accounted for 14% of all EV vehicle sales globally and more than 70% of the coveted US market. The chart below illustrates the tremendous dominance.

Tesla’s U.S. market share has nowhere to go but down, which is the trend — from nearly 80% in 2020, to 70% in 2021, to 65% as of Q3 2022. Other auto companies are investing heavily to electrify their fleets. For example, Ford Motor Company is spending $22 billion through 2025, and General Motors is spending $35 billion. GM believes it can sell a million EVs by then and seeks to make its entire fleet all-electric.

This doesn’t mean Tesla can’t compete; far from it. But the competition will be fierce, and the road ahead is getting significantly more difficult.

Electric vehicles, especially high-performance Teslas, don’t come cheap. In fact, they rank just behind luxury cars with an average price of $67,000, as shown below. 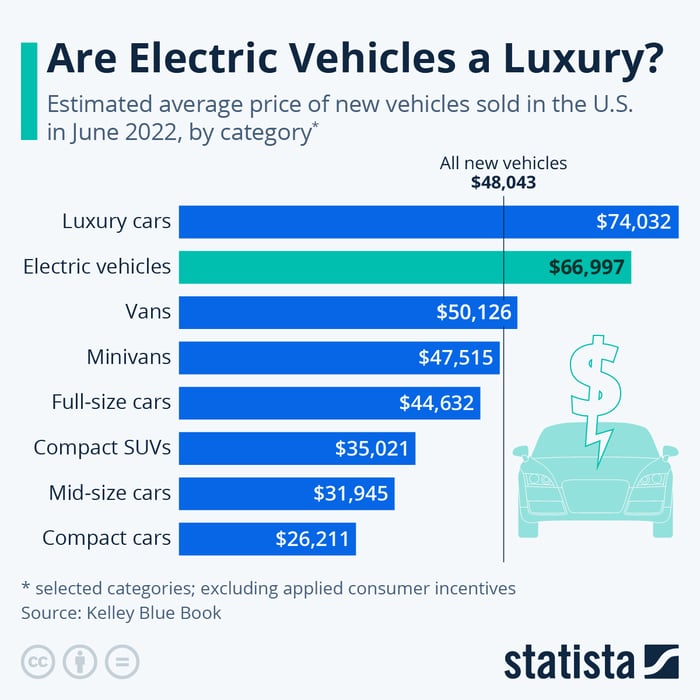 Yes, consumers have lower ownership costs because they don’t have to purchase gas, but future savings may not be top of mind with a recession likely in 2023. When a recession hits, consumers put off major purchases, which could significantly hurt Tesla’s results. As if to prove the point on lagging demand, Tesla has just introduced a rare $7,500 discount on some vehicles.

To make matters worse, the Federal Reserve is committed to raising interest rates until inflation falls dramatically. This makes financed vehicles even less affordable to consumers.

Finally, consumer confidence is toiling near its Great Recession lows, as shown below. 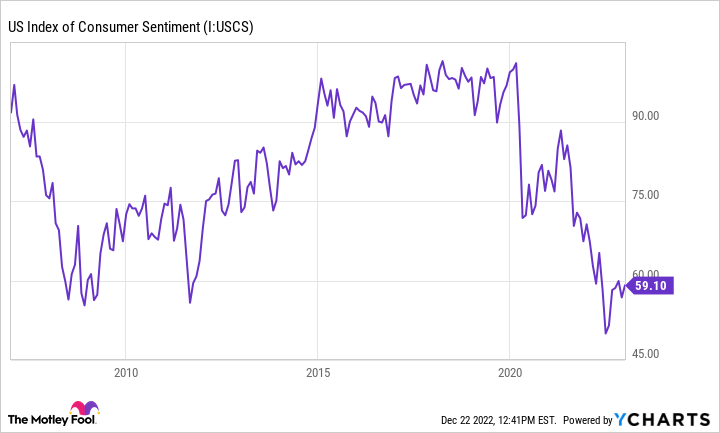 US Index of Consumer Sentiment data by YCharts

Consumer sentiment is generally considered a leading indicator of upcoming consumer spending, which is incredibly problematic for high-cost electric vehicles in 2023.

Despite the stock’s drop, Tesla still has the world’s largest market capitalization of any automotive company. With 2023 bringing a host of hardships to the company, the economy, and the industry, Tesla may be one stock it’s best to hold off investing in.

News - September 25, 2022 0
Ovo Group, the owner of the UK’s third-largest energy supplier, feared breaching its financial covenants in the months before the government announced unprecedented support...

These Are 10 of the World’s Least Affordable Housing Markets

News - April 20, 2022 0
A Ukrainian marine commander gave a somber warning to the world about the state of his forces in the besieged port city of Mariupol,...

With Dynamic Island, Apple made use of the display cutout in ways Android brands...

Bond yields to climb ‘for the wrong reasons’ next year, strategist says

News - December 23, 2022 0
LONDON — Government bond yields are likely to rise in 2023 "for the wrong reasons," according to Peter Toogood, chief investment officer at Embark...
© 2022 Venture Current is a Flag Media LLC Publication. All Rights Reserved.
VC is part of the FLAG Token rewards network. Clients and partners can use FLAG Tokens for VC products and services.
VC runs 'Automatic' software. Stories posted here come from generic-topic Google news RSS feeds as well as client and partner-approved content.
If a story appears on this page that needs to be deleted due to licensing issues, please message us immediately so we can help you.