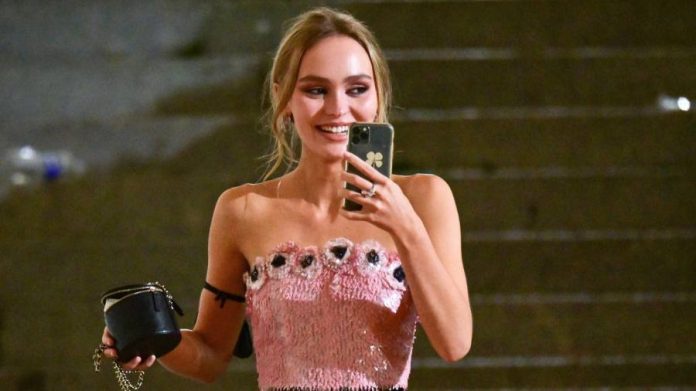 The trouble with a media so young it is still barely out of nappies is that it can be terribly naive. The latest outrage to have gripped our feeds is a big hoo-haa about “nepo babies”, and the fact that so much of Hollywood is populated by the children of the famous.

“She has her mother’s eyes. And agent,” announced a cover story published by New York magazine last month offering detailed charticles showing the extent to which the denizens of Hollywood are interlinked. Did you know that young starlet Maya Hawke is the daughter of Ethan Hawke and Uma Thurman? And Dakota Johnson is not only the daughter of former couple Melanie Griffiths and Don Johnson, but her grandmother was Tippi Hedren, too?!

The New York story was itself an attempt to make light of the social media platforms on which the interest in “nepo babies” was born. TikTok in particular has only recently discovered that the habit of confusing filial piety with merit once remarked upon by Confucius is still endemic, and the platform has an active forum for nepo baby content where users make time-lapse compilations of famous actor clans. The shock factor slightly diminishes, however, when one looks back through time. Larry Hagman was a nepo baby, as my father used to point out every time we watched Dallas (or South Pacific, which starred his mother Mary Martin). Vanessa Redgrave, 85, is a nepo baby. Even Buster Keaton was a nepo baby, for Christ’s sake.

Nepo babies have been a fundamental part of our existence since . . . forever, and anyone who tells you otherwise is probably someone else’s son. Working at British Vogue in the 2010s I became so accustomed to cramming the pages with famous people’s semi-talented, attractive offspring — “Little Minnie Jnr is currently pursuing a career as a pastry chef, photographer, film-maker and sometime supermodel” — that another colleague and I would joke about launching a magazine titled My Dad Is . . . Today it would seem even more pertinent as social media has allowed nepo babies a bigger platform on which to monetise their DNA. Where once they might have had to hone some demonstrable talent in order to carve out a profession, today’s nepos can just create a stream of influencer drivel and post it on their TikTok feed.

Not that I’m bitter. I’m just as fascinated by nepo babies as anybody else. But I tend to get more riled about the sons and daughters of editors who score massive book deals than I do those who exploit the casting room.

We search their faces for signs of similarity and difference, praising those who become the image of their parents, shaming those who inherited their father’s receding hairline or pre-op nose

And nepo babies are everywhere. Certainly, in my profession, a number of my peers are the children of journalists and editors, and their lifetime’s immersion in the world of media has arguably offered them an expansive outlook, a rich list of contacts and an advantage in knowing how things should be done. As the singer Lily Allen (daughter of actor Keith Allen and Alison Owen, a successful film producer) pointed out in a series of tweets: “The nepo babies y’all should be worrying about are the ones working for legal firms, the ones working for banks, and the ones working in politics. If we’re talking about real world consequences and robbing people of opportunity.” And she’s absolutely right. It would probably be far more constructive to devise a big chart showing who spawned who in Britain’s law chambers or the House of Commons, but lawyers and politicians tend not to look quite as enticing as Dakota Johnson when pictured in a Gucci frock.

Besides, it’s more than simply professional advantage that has fuelled the nepo trend. It’s an almost primal impulse that compels our interest. We search their faces for signs of similarity and difference, praising those who become the image of their parents, shaming those who inherited their father’s receding hairline or pre-op nose. In a world without much enthusiasm for anything other than the mirror, the nepo baby is the embodiment of #blessed. And just as we resent Lily-Rose Depp for the advantages she might have enjoyed as the daughter of Johnny (her father) and Vanessa Paradis, we still venerate her astonishing likeness to her parents: like some tiny icon of our times.

Sadly my nepotistic advantage only opened a door into my mother’s primary school classroom: I used to sometimes help her as a teaching assistant during the holidays. And I wouldn’t want to be a nepo baby. Well, not much. Who would want the whisper of privilege to surround your every achievement, the nagging doubts about being not quite so fabulous, the constant scrutiny of your face? It must be unbearable to be constantly compared to your gorgeous, dazzling, incomparable mother, or your amazing, multi-Oscar winning dad. For every success highlighted by the New York encyclopedia of successful offspring are generations of nepo kids who tried and failed.

Or maybe we should do a study of those children who opted not to walk their parent’s path: it could kick off with Anna Wintour’s son Charles Shaffer, attending psychiatrist at Weill Cornell in New York City (go figure). Or, my favourite, Sam Springsteen, a firefighter, who just so happens to be Bruce Springsteen’s youngest son.

Chattanooga Citywide Internet Service Is Getting a Speed Boost

News - November 25, 2022 0
An investigation into United Kingdom Deputy Prime Minister Dominic Raab expanded after a third formal complaint of bullying against him.  A spokesperson for 10 Downing...

News - June 14, 2022 0
BP has made one of its biggest renewable energy bets yet, acquiring the largest stake in a vast solar, wind and green hydrogen project...
© 2022 Venture Current is a Flag Media LLC Publication. All Rights Reserved.
VC is part of the FLAG Token rewards network. Clients and partners can use FLAG Tokens for VC products and services.
VC runs 'Automatic' software. Stories posted here come from generic-topic Google news RSS feeds as well as client and partner-approved content.
If a story appears on this page that needs to be deleted due to licensing issues, please message us immediately so we can help you.