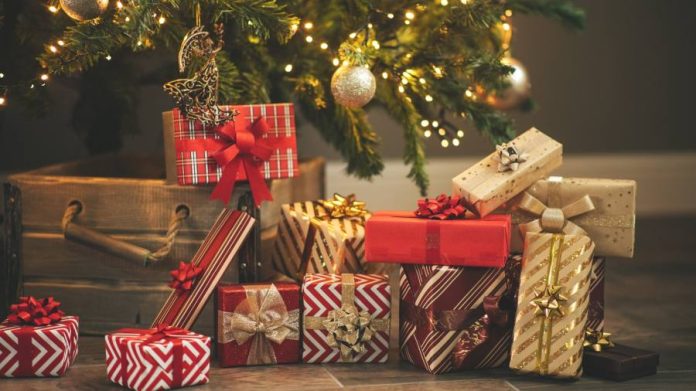 By the time you read this column, many of you — the lucky ones at least — will already have wrapped up your presents and they will be placed under a Christmas tree. We are not all Christian, or even religious, but the ritual of buying and covering gifts is part of the winter festival.

I used to be a recalcitrant wrapper, rushing on Christmas Eve to slap paper around presents that I had acquired in the final, overcrowded days of shopping. This year, I had the zeal of the reformed sinner, sitting down a few days ago with gift paper, Sellotape and little cards to add my labour and a personal touch to my purchases. I found the experience oddly fulfilling.

There is an ecological case against wrapping. It smacks of wasteful consumption to cover presents in paper, some of it encrusted with glitter and plastic, that will be ripped off and discarded in a few seconds. Wrapping is inherently superficial: that is the point of the practice.

But there are ways to get round this, from the Japanese furoshiki tradition of cloth wrapping to my colleague Jo Ellison’s chic habit of using FT newsprint and old copies of HTSI magazine. Frankly, high-quality paper without glitter that can be recycled effectively is good enough for me.

Set against the minor guilt is plenty of evidence that wrapping presents matters to human relationships. Wrapping and the various traditions surrounding seasonal gift-giving transform the objects under Christmas trees from profane to sacred. Without that, as one anthropologist wrote, “The heap of loot is too obviously a pile of commodities rather than gifts.”

The sociologist Theodore Caplow once undertook a detailed study of Christmas rituals in middle America (Muncie, Indiana, to be exact). He examined 366 family celebrations in 1979 and concluded that almost all of them obeyed a set of rules that made the season meaningful. One of these rules was: “Christmas gifts must be wrapped before they are presented.”

It is impossible to distinguish entirely between a gift’s economic worth and its relationship value. Caplow noted a scale of how much the givers spent on presents, depending on closeness to the receivers. When all were wrapped and positioned, they formed “a glittering monument to the family’s affluence and mutual affection”.

Wrapping tilted the symbolic balance from money to emotion. The families often took photographs of their presents, but nearly always when wrapped: a photo of one small boy with his opened presents was the only example that Caplow found in all the events. “To display unwrapped gifts as a set seems to invite the invidious comparison of gifts,” he wrote.

There is more than financial delicacy involved in wrapping: it also signifies personal attention. Even if a present’s recipient suspects that not enough thought went into the choice, they will be mollified by the effort given to presentation, as long as it was done by the giver and not by a shop assistant. The object may be manufactured but the wrapping is bespoke.

Ralph Waldo Emerson, the American essayist, insisted on more personal skill being put into his own presents than them being nicely wrapped. He wrote in 1844, “Rings and other jewels are not gifts, but apologies for gifts . . . it is a cold, lifeless business when you go to the shops to buy me something, which does not represent your life and talent, but a goldsmith’s.”

But we are not all artisans with a freshly wrought piece to give a picky literary figure at Christmas. The reality is that most of us browse in stores to find presents, or simply buy them online. Our contribution to gift giving has to come in another form than casting molten metal ourselves.

Wrapping predates the industrial revolution: it reaches back many centuries in China and Japan, where it is an intricately calibrated social ritual. Preparing gifts has long involved an element of individual craft, including decorating paper to make objects enticing.

Gift paper itself has mostly been manufactured since 1917, when the Hall brothers, Hallmark’s founders, started selling French decorative envelope lining as wrapping paper at their store in Kansas City, Missouri. The emotional value of wrapping now lies more in how it is arranged than made.

I used to be ashamed of my wrapping technique, and the mess I made of the seemingly easy task of covering regularly shaped objects in paper. But I have since been reassured. Since wrapping needs to signify personal effort, it is a mistake to be too accomplished.

People receiving gifts from friends that are neatly wrapped are often disappointed when they open them, one study found; they tend to prefer sloppy work. The authors attributed this to their expectations being raised too high by pristine seams and ribbons but I think there is another effect. Imperfection is personal, and so is love.

So I am happy with my clumsy packaging on the presents by our tree, and I hope that you get pleasure from yours. The wrapping may be disposable but the meaning will linger.

News - July 16, 2022 0
House Speaker Nancy Pelosi’s husband purchased up to $5 million in stock options on a computer-chip company ahead of a vote on legislation next...

Apple dumps the iPad as a smart home hub

News - October 1, 2021 0
Receive free Sony Corp updatesWe’ll send you a myFT Daily Digest email rounding up the latest Sony Corp news every morning. Sony and Zee Entertainment...
© 2022 Venture Current is a Flag Media LLC Publication. All Rights Reserved.
VC is part of the FLAG Token rewards network. Clients and partners can use FLAG Tokens for VC products and services.
VC runs 'Automatic' software. Stories posted here come from generic-topic Google news RSS feeds as well as client and partner-approved content.
If a story appears on this page that needs to be deleted due to licensing issues, please message us immediately so we can help you.