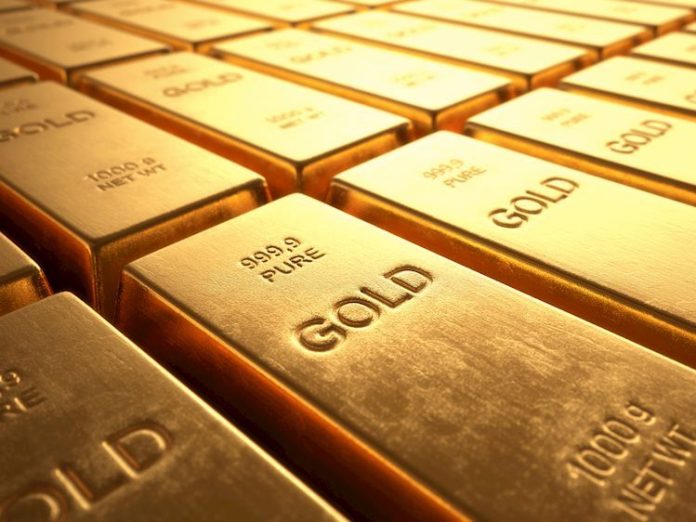 Gold price rallied to eight-month highs around $1,865.15, though slightly retraced some of its gains amidst an upbeat market sentiment, spurred by China’s support to its housing market, alongside its border reopening, as it relaxes Covid-19 zero-tolerance measures. Investors get ready for a busy economic calendar in the United States (US), while Federal Reserve’s (Fed) officials began to cross newswires. At the time of writing, the XAU/USD is trading at $1,856.01, above its opening price by 1%.

Wall Street is poised to open higher, as shown by equity futures rising, while the US Dollar (USD) weakens. Factors like Chinese authorities planning to deliver additional support to property developers, aimed to relax liquidity stress in some “too-big-to-fail” developers, sparked a rally in Asian stocks. Meanwhile, China’s reopening was cheered by investors, even though the country reported 5 Covid deaths on January 3, vs. three from the previous day.

US Dollar weakens as traders brace for US data

Aside from this, investors waiting for US economic data has bolstered Gold prices, as Tuesday’s US Dollar longs exited ahead of market-moving data. Following the S&P Global Manufacturing PMI release on Tuesday, the Institute for Supply Management (ISM) for December is expected to drop from 49.0 to 48.5. Also, the JOLTs report is estimated to hit 10 M, vs. 10.334M in the previous month, while the main spotlight would be the release of the Federal Open Market Committee (FOMC) December meeting minutes.

In the meantime, Minnesota’s Fed President Neil Kashkari (voter in 2023) said that it would be appropriate to continue to hike rates “at least at the next few meetings” until inflation has peaked and foresees the Federal Funds rate (FFR) at 5.4%. He added that the Fed must avoid cutting the policy rate prematurely and would consider cutting only when it’s convinced inflation is on its way back down to 2%.

Springfield awards $4M in 7th round of ARPA grants

The promise of the Internet: Sleep influencers and dancing to one’s death on a...

News - November 23, 2022 0
TikTokers, as F. Scott Fitzgerald might have penned, are “different from you and me.”If you are not from an era where phones had one...

News - March 3, 2022 0
The logo of Asian Infrastructure Investment Bank (AIIB) is seen at its headquarter building in Beijing January 17, 2016.REUTERS/Kim Kyung-HoonRegister now for FREE unlimited...
© 2022 Venture Current is a Flag Media LLC Publication. All Rights Reserved.
VC is part of the FLAG Token rewards network. Clients and partners can use FLAG Tokens for VC products and services.
VC runs 'Automatic' software. Stories posted here come from generic-topic Google news RSS feeds as well as client and partner-approved content.
If a story appears on this page that needs to be deleted due to licensing issues, please message us immediately so we can help you.