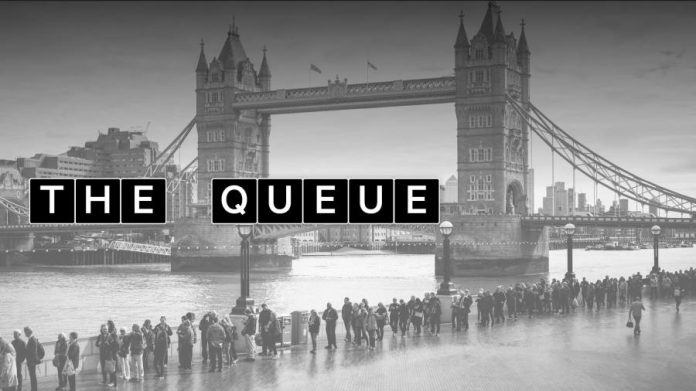 The death of the elderly monarch was inevitable, the ceremonies were long planned, but the public reaction still caught the nation by surprise. And the biggest surprise was the willingness of people to wait many hours for a few moments with the Queen’s coffin, in what became known as The Queue.

At its peak, The Queue stretched for five miles through London, mostly alongside the Thames, and took 24 hours from start to finish. Yet few participants, and certainly none of those that I spoke to, said they regretted standing in it.

The Queen’s death on September 8 came at a moment of national anxiety over energy prices. Such concerns temporarily fell away. Thousands of people found the time and the desire to be together. They felt they owed that to the woman who had served them for 70 years.

Volunteers, many of them civil servants, marshalled the line. Wristbands were issued to stop queue-jumping, though the atmosphere was friendly, and celebrities like David Beckham joined in. The Queue reached capacity at times, leading to an informal “queue to join The Queue”.

The climax, inside the medieval Westminster Hall, was a scene from another age — a grand coffin in the half-light, watched by royal guards, known as Beefeaters, with the mourners forking into lines either side.

How many people queued? The department of culture estimated 250,000. That would be lower than the 306,000 reported to have attended the lying-in-state of the Queen’s father, King George VI. It would also be below the 320,000 reported at Winston Churchill’s lying-in-state, although the accuracy of historical estimates is not clear. The Queen’s reign was record-breaking, but her queue may not have been.

No matter: The Queue was a break from the busyness, the cynicism, the individualism, of modern existence. If only she could have seen it.

News - January 19, 2023 0
Climate activist Greta Thunberg speaking on the main stage in George Square as part of the Fridays for Future Scotland march during the Cop26...

News - January 24, 2023 0
Summary: Frequent moderate to vigorous exercise is linked to better cognition and brain power during middle age. This intensity level was associated with better...

News - December 28, 2021 0
MOSCOW — (AP) — Russia’s highest court on Tuesday shut down one of the country’s oldest and most prominent human rights organizations, the latest...
© 2022 Venture Current is a Flag Media LLC Publication. All Rights Reserved.
VC is part of the FLAG Token rewards network. Clients and partners can use FLAG Tokens for VC products and services.
VC runs 'Automatic' software. Stories posted here come from generic-topic Google news RSS feeds as well as client and partner-approved content.
If a story appears on this page that needs to be deleted due to licensing issues, please message us immediately so we can help you.