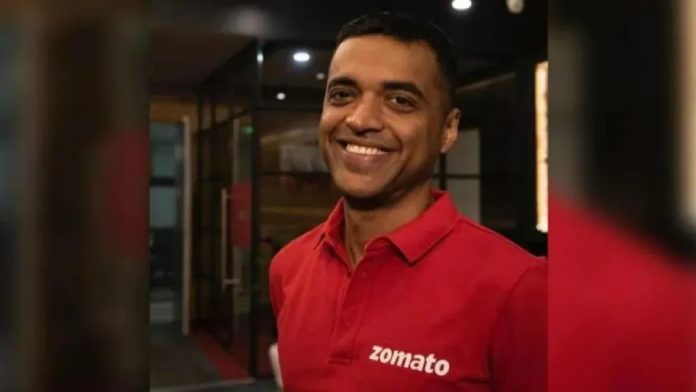 Foodtech giant Zomato’s co-founder and CEO, Deepinder Goyal, said that 800 vacancies are there within the company and urged people who have been laid off to apply for the same. In a LinkedIn post, the Zomato boss wrote, “Hello everyone – we have about 800 positions open across these 5 roles at Zomato. If you happen to know someone really good for any of these roles, please tag them on this thread.”

He also assured everyone that his team will reach out to the potential candidates as soon as possible. “To express interest in knowing more about any of these roles, please email me at deepinder@zomato.com – me and/or my team will be prompt in responding to you and closing the loop either way,’ he wrote.

Zomato on Monday refuted news reports of shutting down Instant, its 10-minute food delivery service. Less than a year after its debut, the NSE-listed company is closing its 10-minute food delivery service ‘Zomato Instant’ as it strives for profitability in the face of challenging market conditions, The Economic Times reported on Monday.
“It didn’t look like it would turn profitable. The company was not getting the daily volume required to even pay the fixed costs. It wasn’t scaling up to that level,” a person aware of the development told ET.

However, the company told Business Today and clarified, “Instant is not shutting down. We are working on a new menu with our partners and rebranding the business. All finishing stations remain intact, and no people are impacted by this decision.”

In March 2022, Zomato had announced that it would offer 10-minute food delivery. “Nobody in the world has so far delivered hot and fresh food in under 10 minutes at scale, and we were eager to be the first to create this category, globally!” CEO Deepinder Goyal had earlier written in a blog post.

Zomato’s ‘finishing stations’ provided the service, which stocked 20-30 best-selling dishes from various restaurants based on demand predictability and hyperlocal preferences. The company opened five such stations, mostly in the National Capital Region, and has recently expanded the service to Bengaluru.

News - September 21, 2022 0
Letitia James, New York attorney-general, said on Wednesday she had filed a lawsuit against Donald Trump for “engaging in years of financial fraud to...

The Federal Reserve’s inflation fight and the U.S. housing market

UK inflation slows to 10.7% in November

News - December 14, 2022 0
Inflation in the UK dipped to 10.7 per cent in November as lower petrol prices helped to ease the rate of price increases from...

News - August 26, 2021 0
South Korea Economy updatesSign up to myFT Daily Digest to be the first to know about South Korea Economy news. South Korea has become the...
© 2022 Venture Current is a Flag Media LLC Publication. All Rights Reserved.
VC is part of the FLAG Token rewards network. Clients and partners can use FLAG Tokens for VC products and services.
VC runs 'Automatic' software. Stories posted here come from generic-topic Google news RSS feeds as well as client and partner-approved content.
If a story appears on this page that needs to be deleted due to licensing issues, please message us immediately so we can help you.